10 Injured In Swing Break In Mohali Of Punjab 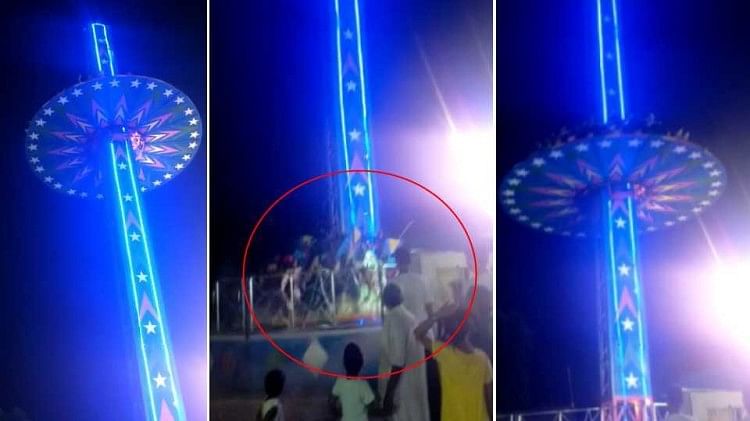 A video of a swing breaking in Punjab’s Mohali went viral on social media. The swing fell from a height of 50 feet in just three seconds. There were 30 people in it. Everybody got hurt. Of these, 13 people are seriously injured. All have been admitted to government and private hospitals. Actually, a fair is going on in the Phase-Eight Dussehra ground of Mohali. Here the hydraulic coil of the drop tower swing has fallen down.

This flaw has come out in the preliminary investigation but the officials have not confirmed it. At the same time, this accident has also put a question mark on the functioning of the administration. After giving approval to organize the fair, the administrative officials did not even consider it appropriate to see whether the security related arrangements were complete or not.

Drop tower hammocks are considered dangerous in the world. In such a situation, there is a strict standard for operating this swing. According to eyewitnesses, there was no arrangement to deal with the emergency situation at the Dussehra ground. This is the reason that after the accident, people did not even get the facility of an ambulance to take people to the hospital. Emergency numbers were also not displayed. There was no first aid facility.

Parking was not managed, police car arrived in 15 minutes

Ravindra Singh told that he had come to the fair with the family. There was no proper arrangement of parking at the venue. It took 15 minutes for the police vehicle to reach the spot. This angered the people even more. When the policemen reached the spot, people got confused. People said that he was continuously calling the police control room but you delayed in coming. The policemen pacified him with great difficulty.

There was not a single fire car in the field

There was not a single fire brigade vehicle to deal with the incident of arson in the Dussehra ground. In such a situation, the question arises whether the administration even after giving the approval of the fair had checked whether the arrangements were complete there or not. However, the district administration has ordered an inquiry into the accident.