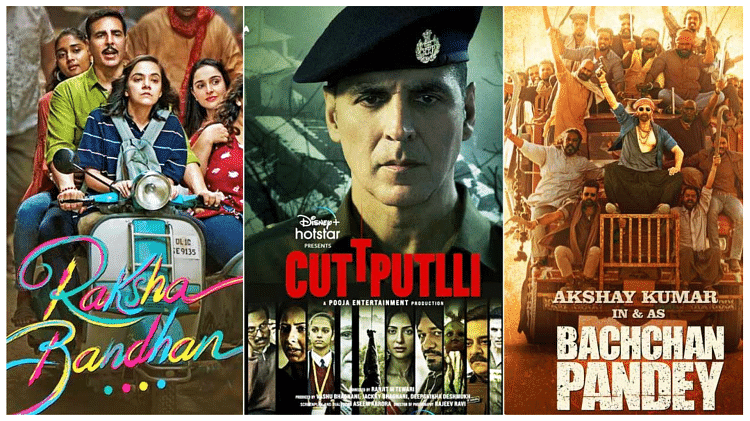 The year 2022 has not been anything special for Akshay Kumar. First Bachchan Pandey, then Samrat Prithviraj and now Raksha Bandhan… the actor’s three back-to-back films were flops. However, Khiladi Kumar did not give up. Just 22 days after the release of ‘Raksha Bandhan’, he came to the audience with another film. But, this time he met cinema lovers not in theaters but on OTT platform. Due to this decision of Akshay Kumar, he was saved from giving the fourth flop film. Infact, the film has become the highest rated film among Akshay Kumar’s films released in 2022.

Such is the rating of Akshay Kumar’s films

Yes, out of the four films of Akshay Kumar released in the year 2022, Puppet has got the highest rating on IMDb. At the time of writing the news, Puppet released on Disney+Hotstar has been rated 6.0 out of 10 on IMDb. At the same time, Samrat Prithviraj was placed second on IMDb with a rating of 5.8 out of 10. Bachchan Pandey is ranked third with a rating of 5.2 out of 10. Surprisingly, Raksha Bandhan got the best reviews as compared to all the films of Akshay Kumar. Despite this, its rating is very low. It has got a rating of 4.6 out of 10.

Even after giving three flops, the pace of Akshay Kumar is not stopping. If reports are to be believed, the actor will have five films next year – Ram Setu, OMG 2 – O My God! 2, Selfie, Capsule Gill, Bade Miyan Chote Miyan and Soorarai Potru’s Hindi remakes are all set to release. That is, in the year 2023, Khiladi Kumar is going to be seen again on the big screen with six films.