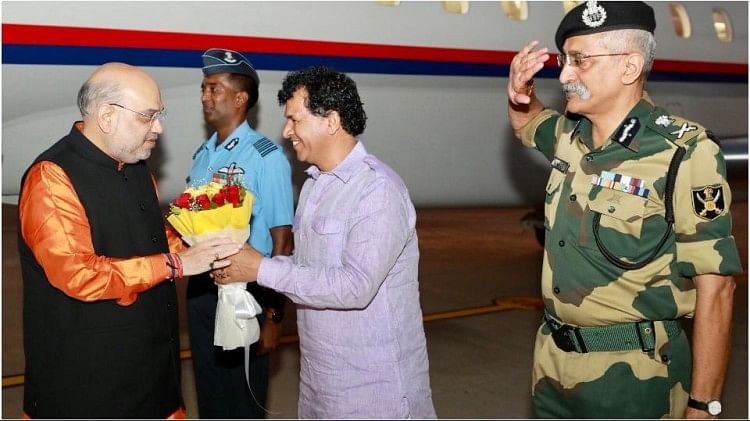 According to media reports, Amit Shah will leave for Tanot Mata temple by helicopter at 9 am on Saturday. After offering prayers at the temple, he will perform Bhoomi Pujan of Tourism Development Center here and will also participate in other programs. After joining the programs, they will reach Jaisalmer Air Force Station by helicopter. He will reach Jodhpur from here at 11:10.

Let us inform that the Tanot Mata temple built on the border of India-Pakistan in Jaisalmer is being developed as tourism. NITI Aayog has approved Rs 17.67 crore for this. For this, several meetings were held between the officials of Ministry of Tourism, Rajasthan Tourism Department and BSF. After which the Tanot complex has been approved to be developed as a tourist.

In fact, a two-day meeting of the National Working Committee of the BJP’s OBC cell has started in Jodhpur from Friday. Amit Shah, who is coming to Jodhpur on Saturday, will participate in the National Working Committee here. During this, he will also have one-to-one discussions with the common people here. It is being told that Shah will discuss with about 80 people. For this, 20 groups of four members each have been formed. These include youth, women, farmers and traders. After this, at 3:30 pm, Amit Shah will also address the booth president Sankalp Mahasammelan at Dussehra ground in Jodhpur.