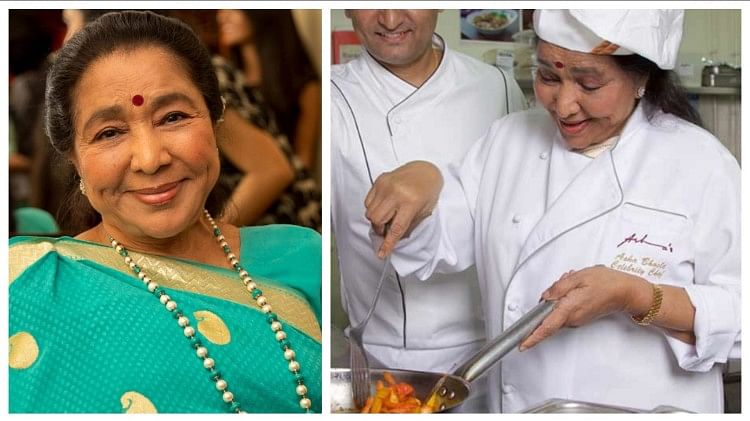 Bollywood veteran singer Asha Bhosle is celebrating her birthday today. She has turned 89 years old. In his career, he has decorated more than one song with his magical voice. Let us tell you that Asha Tai had knocked in the world of singing at a very young age. Asha Tai, rich in melodious voice, had only dreamed of earning a name in the world of music. But, apart from this, he also had a B plan. Yes, he himself had mentioned it in a conversation. That plan was cooking. Yes, Asha Bhosle is very fond of cooking and she is also very knowledgeable in this matter. Not only this, they have restaurants abroad.

Asha Bhosle was born on this day in 1933 in a small village Sangli in Maharashtra. Asha Bhosle probably never had any idea that one day the whole world would salute her voice. According to reports, Asha Bhosle started singing at the age of ten. She made her debut in the world of singing art by singing her first song ‘Chala Chala Nav Bala…’ in the Marathi film ‘Majha Bala’ at the age of 10 in 1943. Asha Tai sang ‘Sawan Aaya’ from ‘Hansraj’ Bahl’s film Chunariya in the year 1948 in Bollywood. In 1997, she was nominated for a Grammy Award for a special album with Ustad Ali Akbar Khan.

Asha Bhosle started singing in Hindi films from 1948 and after that she sang in many languages. Asha Tai has so far been awarded 7 Best Female Playback Awards at the Filmfare Awards. He has also been honored with 2 National Film Awards. Asha Bhosle has been awarded the ‘Padma Vibhushan’ in 2008 by the then President Pratibha Devi Singh Patil. Asha Bhosle has also acted in a film ‘My’. He was also praised for his performance. Let us inform that Asha Tai has registered her name in the Guinness Book of World Records by singing more than 11000 songs in 22 languages.

Apart from singing, Asha Bhosle is very fond of cooking. All the celebrities of Bollywood love their hand embroidered meat and biryani. Late actor Rishi Kapoor loved the food cooked by Asha Bhosle. During a conversation, Asha Bhosle had said that Rishi Kapoor loved her hand ka kebab, kadai meat and black lentils. Asha Tai had said during an interview that if her career in singing did not shine, she would have become a cook. Let us tell you that Asha Bhosle’s restaurant business is tremendous. They have restaurants in Dubai and Kuwait called Ashaz, where traditional North-West Indian food is especially available. They also have restaurants in Abu Dhabi, Doha, Bahrain. Asha Tai is a force to be reckoned with in the food and decor of the restaurant. He has trained chefs for about 6 months.