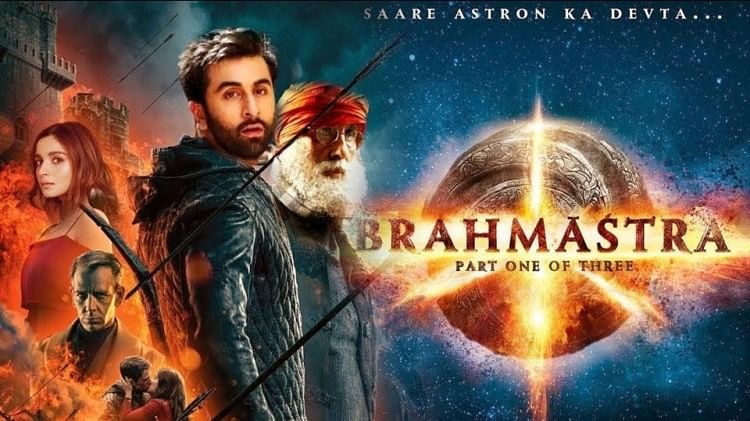 Ranbir Kapoor’s ‘Brahmastra’ is doing well at the box-office. According to trade reports, the film has grossed over Rs 60 crore globally. At the same time, the film has collected more than 40 crores in India. This is being said to be the highest figure of any Hindi film after the knock of the Kovid epidemic. Shows in theaters are housefull. In view of the demand of the audience, early morning shows have been started in many major cities and shows are being shown till late night.


Screenshots are going viral on social media, according to which the show of the film in Delhi has been said to start at 6 am and the shows are going on till late night. The show is being run in the IMAX version. At the same time, early morning and late night shows are being run in Mumbai and other major cities too. Most of the shows are being played in IMAX and 3D. It is being claimed in the reports that many shows of the IMAX version were housepulled on Friday. At the same time, shows have already been booked for Sunday in most of the theatres. Not only this, the distributors have decided to increase the show. Reports say that the new show means that the film will run for around 21 hours on some screens. Starting from 6 in the morning till 3 in the next morning, seven shows of the film will run back to back. 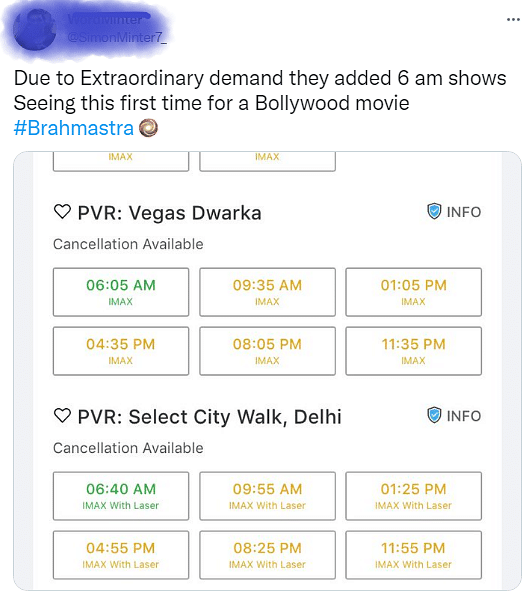 Will the show reduce after the weekend?

However, it is also being said that this measure is for the time being and may last only till the weekend. That too only for IMAX and 3D, whose shows are much less than 2D. After the initial appreciation of 3D and VFX, many would like to see the film in IMAX and 3D, which is why it is in high demand. But after the weekend, it may decrease. It will be interesting to see whether the demand for the show of the film remains the same on Monday or not.

Let us tell you that this film starring Ranbir Kapoor and Alia Bhatt was released on 9 September 2022. It is directed by Ayan Mukerji. The film also stars Amitabh Bachchan, Nagarjuna, Mouni Roy in important roles. The film is getting mixed reviews. According to reports, the film has collected Rs 35 crore in India on the opening day.