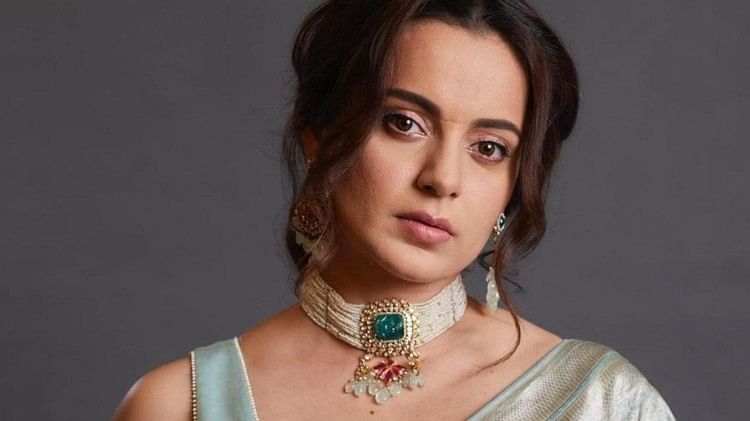 Bollywood actress Kangana Ranaut remains in the headlines every day due to her outspoken statements. Today the actress reached Central Vista in Delhi, where Prime Minister Narendra Modi inaugurated Central Vista Avenue. Along with this, the statue of Netaji Subhas Chandra Bose was also unveiled at India Gate. During this, the actress talked about leader Subhash Chandra Bose and said that Netaji was not hungry for power.

Actress Kangana Ranaut said during the unveiling of Duty Path and Netaji’s statue, “It is not that we got freedom only by going on hunger strike or by doing Dandi March. Millions of people have shed their blood for this. Netaji showed the plight of India in front of the whole world. Netaji Subhash Chandra Bose was not hungry for power, Netaji was hungry for freedom and he gave freedom to the country.

Netaji Subhash Chandra Bose was not hungry for power, Netaji was hungry for freedom and he gave freedom to the country. This is the path that many generations to come will walk on it. Yeh Duty Path Hai: Actress Kangana Ranaut at the inauguration of ‘Durty Path’ and the unveiling of Netaji Subhas Chandra Bose’s statue at India Gate pic.twitter.com/YJ8sxW5sMu

At the same time, apart from this, singer Mohit Chauhan also reached here. “I think it’s a great gesture,” he said. We need to give respect to the people who fight for the country. Let us inform that Prime Minister Narendra Modi unveiled a 28-feet tall statue of Netaji Subhas Chandra Bose. The statue weighs 65 metric tons, which is carved on granite stone.

I think it’s a great gesture. We need to give respect to the people who fought for the country: Singer Mohit Chauhan on the statue of Netaji Subhas Chandra Bose near India Gate in Delhi

The statue will be unveiled by PM Modi today. pic.twitter.com/DsrTeCjE7e