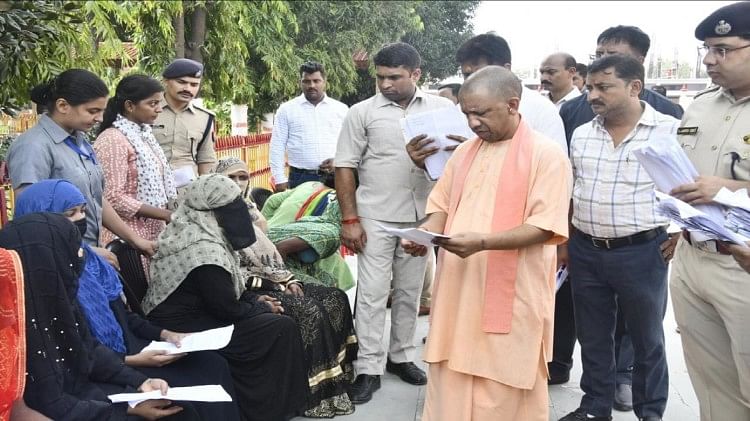 Chief Minister Yogi Adityanath is in Gorakhpur on a two-day visit. On Friday morning, Janta Darbar was held at the Hindu Sevashram of Gorakhnath temple. The CM directed the officers present on the spot that justice should be done to everyone. A large number of cases of real estate and treatment came in the public darshan. The Chief Minister directed the officers present in the Janta Darshan to solve the problem of land at the earliest. Also asked to pay special attention to the people who came demanding money for treatment. He asked the officials to go ahead and ensure that the treatment of any person does not stop due to lack of funds. Many people had come with the matter of land dispute. In addition, many were recommending funding for treatment. He listened to the problems of more than 100 people.

After leaving his residence in the early hours of Friday morning, Yogi first appeared in the court of Guru Gorakhnath.

Worshiped him in the midst of Vedic chanting with rituals. After this, he went to the tomb of his guru Brahmalin Mahant Avedyanath and got his head refurbished.

After a tour of the temple premises and Goseva, he went to Hindu Sevashram, where people were waiting for him since morning to tell their problems.

After reaching every one who came there, he personally took their application. He gave a problematic application form to the District Magistrate Krishna Karunesh for matters related to administration.