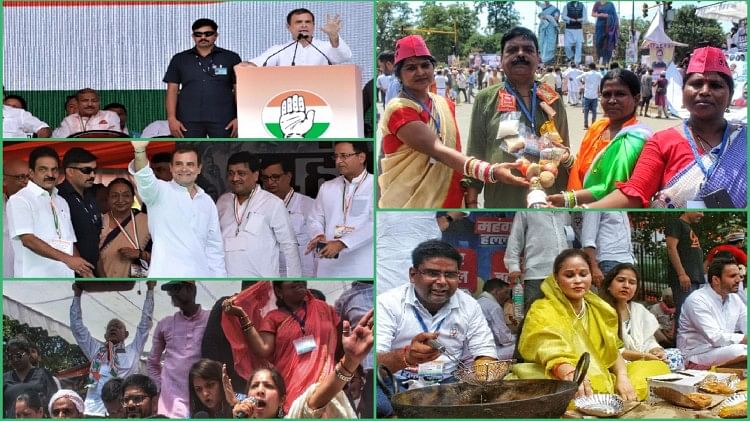 Congress workers expressed their anger in different ways in the Halla Bol rally organized at Ramlila Maidan against inflation. Some wearing a garland of vegetables and some while frying pakodas expressed their anger over the increase in the price of oil. At one place, workers polishing shoes depicted the increasing difficulties due to inflation. Hundreds of workers participated in the rally wearing flags and caps in their hands around the Ramlila Maidan. Due to the high heat, people were seen looking for water, tea and food items throughout the day.

Despite the heat being high, the chairs were filled in the Ramlila Maidan ground for about four hours from 11 am to 3 pm.

Congress leaders from several states addressed the rally. During this, vehicles kept crawling in the morning on many roads of Delhi.

Those coming by private vehicles from neighboring states got more trouble in the rally. They also wandered for a long time due to lack of parking space for vehicles. But there was some relief from the route divert of buses.