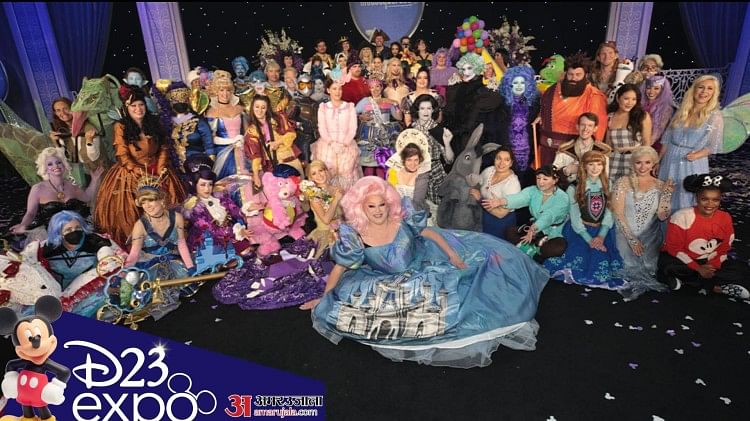 The second day of D23 Expo 2022, the biggest fan event of Disney fans going on in the California-based city of Anaheim in the US, was in the name of Marvel Studios, Lucas Film and Twentieth Century Studios. Meanwhile, a new poster of the film was released along with exclusive 3D footage of James Cameron’s December release ‘Avatar: The Way of the Water’. The second day, the loudest applause was heard when Marvel Studios President Kevin Feige blasted one after the other from the studio side. During this, Kevin announced the release of the series of new superheroes ‘Ironheart’ like ‘Ironman’ next year. The character Echo, who appeared in the web series ‘Hawkeye’, was announced to be Marvel’s first deaf superhero and for the first time he showed the audience the first glimpse of the web series ‘Daydevil: Born Again’. Meanwhile, for the thousands of Disney fans present in the hall, Lucas Films presented a special surprise by showing the exclusive trailer of its next year release film ‘Indiana Jones’.

On the second day of D23 Expo 2022, three big companies that have become part of Disney Company, Lucas Film, Marvel Studios and Twentieth Century Studios, announced their under-construction web series and films. The day began with Kathleen Kennedy, chairman of Lucas Films, on stage. Kathleen informed about the completion of the shooting of the first 12 episodes of the company’s new web series ‘Endor’, as well as told that the shooting of the remaining 12 episodes of the series has also started. He also released special posters of this series, which is going to be released exactly 11 days later. Apart from this, he also showed glimpses of the web series ‘Willow’, which is going to be released on November 30 this year.

Kathleen Kennedy, chairman of Lucas Films, followed it up with five more big bangs in the first session of the second day of D23 Expo 2022. Kathleen announced five new series of the ‘Star Wars’ franchise during this time. The second season of ‘Star Wars: Bad Batch’ will begin airing on January 4 next year. Before this, a series of six shorts titled ‘Star Wars: Tales of Jedi’ will be aired from October 26 this year. Well-known director Jon Favreau, who came on stage, meanwhile, informed the audience about the start of shooting of ‘Star Wars: Ahsoka’ and ‘Star Wars: Skeleton Crew’. Then came the season 3 of ‘Star Wars: The Mandalorian’. It was told that Lucas Film has completed its preparations to air the third season of this superhit series next year.

And, then came the turn of Marvel Studios. As studio president Kevin Feige spoke of his envy of Disney musical films, a unique musical show featuring Marvel’s famous characters suddenly took the stage. After the offering titled ‘Rogers: The Musical’, Feige introduced the audience to the cast of the film ‘Black Panther: Wakanda Forever’ and also showed the audience some exclusive glimpses of the film which is slated to release on November 11 this year. Marvel Studios has also reached Ironman’s laboratory MIT regarding a character from the same film, and Feige announced that the series titled ‘Ironheart’ will air next year. Apart from this, a glimpse of ‘Antman and the Wasp Quantummania’, the story of the fifth phase of the Marvel Cinematic Universe, which is going to be released on February 17, was also presented during this time.