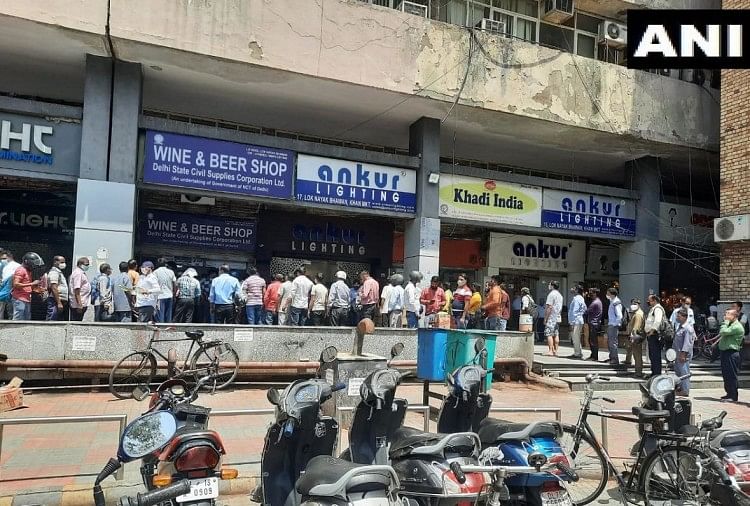 After the change in the excise policy in the capital from Thursday, now liquor will be sold only in government shops. Private shops have been closed and instead only 300 shops of Delhi government will open. Officials say that all preparations have been completed to restore the old system. Private shops were crowded on Wednesday evening with impatient customers who could not wait till the supply returned to normal in the first one week.

On Wednesday, officials said that due to the restoration of the old system in place of Excise Policy 2021-22, more than 300 government sales centers will replace the contracts of about 250 private liquor vendors currently operating. Licenses issued under this policy to private shops have been withdrawn. Officials say that the supply of liquor at government shops is expected to improve from next week.

Information about shops will be available from mobile app

Mobile app MABkariDelhi will be implemented in September. With this, customers will get all the information including their nearest shops, shop timings. Many government contracts in Delhi will be located near malls and metro stations.

Officials say that a target has been given to open more than 700 liquor shops of Delhi government undertaking DTTDC, DSSIDC, DSCSC and DCCWS.

Will not get the benefit of the offer