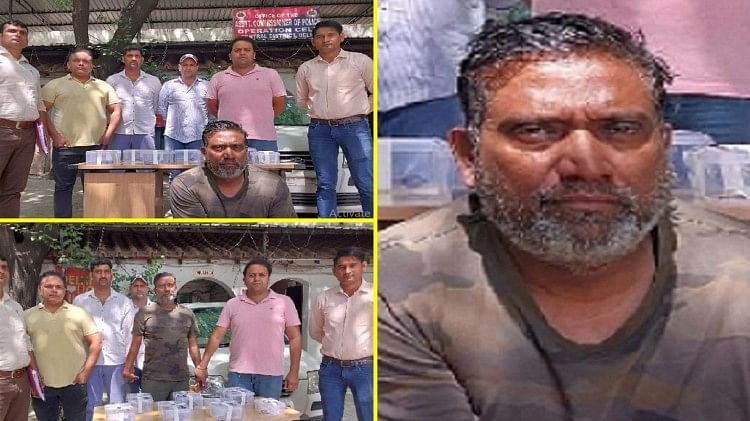 The Special Staff Police of Delhi’s Central District has arrested India’s biggest vehicle thief. The arrested accused has been identified as Anil Chauhan (52), a resident of Assam. During the interrogation of the police, the accused Anil has revealed that he has stolen more than 8000 cars since the 1990s. A total of 181 cases have been registered against him in other states including Delhi, UP, Haryana and Assam. Of these, 146 cases are registered in Delhi itself. Apart from vehicle theft, Anil is also known for smuggling arms and rhino horn. In 2015, Anil was arrested by the Assam Police along with the then Congress MLA Ruminath.

Due to his political reach, Anil has also been a class one government contractor of Assam. It had made a lot of wealth in Assam. In the year 2015, the Enforcement Directorate had registered a case against the accused Anil and confiscated all his assets. Now the police is investigating the matter by interrogating it.

Central District Deputy Commissioner of Police Shweta Chauhan said that for a long time the special staff of the district was collecting information about people smuggling weapons. In this episode, the team of Inspector Sandeep Godara, Havildar Dilshad got information that a vehicle thief and a big smuggler of weapons, Anil Deshbandhu, is going to come to Gupta Road area. A team was formed immediately after the information. The accused was arrested on August 23 from Deshbandhu Gupta Road area with a stolen bike, a pistol and two cartridges.

The police took the accused on remand. Later, five pistols, five pistols and a stolen car were also recovered on its trace. During the interrogation of the police, the accused told that after completing his class XII from Delhi, he started stealing cars in the 1990s. The first car he stole was a Maruti 800. After this, after stealing cars from Delhi continuously, he used to take them to the north-eastern state. After erasing their identity there, they were sold.