Delhi Weather Meteorological Department Forecast That There Will Be No Relief From Heat For The Whole Week – Delhi Weather: No relief for a week 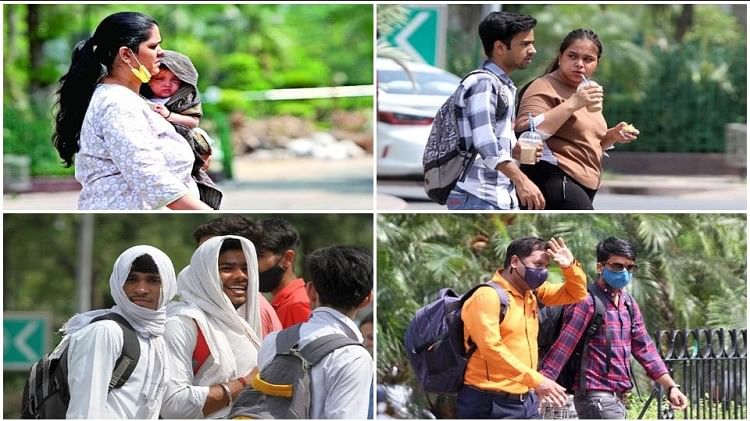 After the arrival of monsoon in the capital, cloud tantrums are continuing. This is the reason that like August, people are facing drought in September also. At the same time, the sultry heat is making people sweat. So far only 8.8 mm of rain has been recorded in the last seven days, as against the normal figure of 39.4 mm. In such a situation, there is a record of 77 percent less rainfall this month.

According to the data of the Meteorological Department, Delhi had recorded 41.6 mm of rain in August, which was 82 per cent less than normal. In general, 233.1 mm of rain is recorded in Delhi in August. At the same time, the figure for the entire monsoon normal rainfall is slightly more than 653 mm. In this regard, meteorologists say that in this monsoon, the monsoon activities have been most active in central India. This is the reason that the flood-like situation prevailed in the states of Central India. Experts say that due to the frequent formation of a low pressure area in the Bay of Bengal, it is getting more rain here. In contrast, the states of North India have recorded less rainfall.

There is no hope of relief even for a week

The Meteorological Department has forecast that there is no chance of relief throughout the week. In the next 24 hours, it will be partly cloudy and the maximum temperature can reach 37 and the minimum temperature is 26 degree Celsius. Similar situation will prevail the next day also. According to the department, light rain may occur in some areas of Delhi after two days. However, more relief is not expected from this.

– It will be partly cloudy throughout the day. There is a possibility of strong sunlight. The humidity level in the air will be high and the wind speed will be moderate.