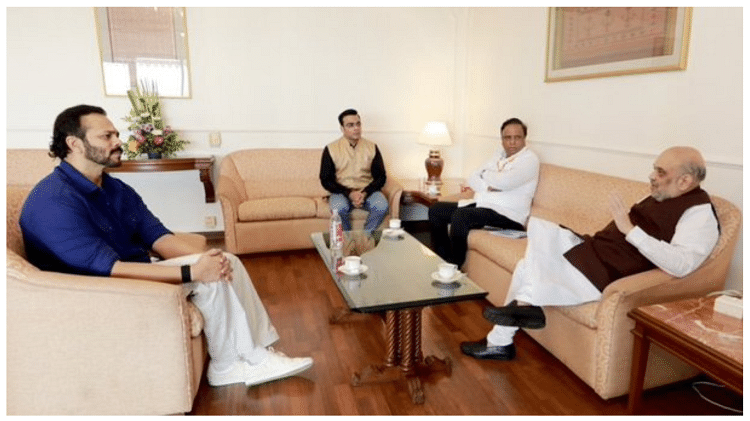 Film director Rohit Shetty met Home Minister Amit Shah on Monday. News agency ANI has given information about this by posting a picture of both on its social media account. Fans are excited to see Rohit Shetty with Amit Shah. He is giving a variety of reactions to ANI’s tweet.

One user wrote, “Rohit bhai, don’t write any script on the Home Minister, I think you will not agree that’s why you are reading face.” Another user tweeted, “Something big is about to happen.” One netizen wrote, BJP knows the power of popular culture (movies, youtube videos, reels, etc.). That’s why he always has good relations with Bollywood. Before 2014, celebrities had ridiculed the UPA government for price rise, corruption etc. After 2014, he admires the achievements of the government.”