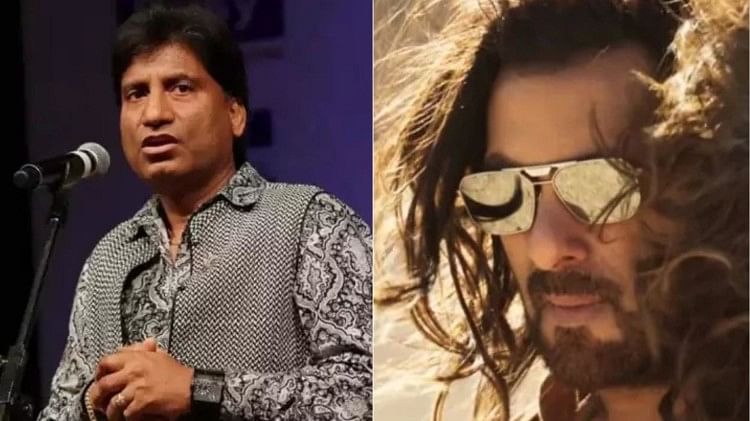 Every day there is some hustle and bustle in the dazzling entertainment world. Every day many new updates related to stars come out. Today, while the latest reports about Raju Srivastava said that he has regained consciousness, the teaser of Salman Khan’s film Kisi Ka Bhai Kisi Ka Jaan has been released. So let us tell you about 10 big news of the day…

Salman Khan often keeps making headlines for one reason or the other. Recently, he shared the first look of his upcoming film ‘Kisi Ka Bhai Kisi Ki Jaan’. The actor’s look in the picture was quite changed. Now the teaser of Salman Khan’s film ‘Kisi Ka Bhai Kisi Ki Jaan’ has been released. In this, the style of Salman Khan is being liked by the fans. You have never seen such an avatar of Salman before. The actor’s swag is being seen in the video.

Bollywood industry veteran Sunny Deol is all set to make a comeback on the film screen after a long time. Sunny, who returned in his Angry Young Man style with R Balki’s directorial venture ‘Chup – Revenge of the Artist’, had recently released the motion poster of it. It was clear from the response received by the motion poster that Sunny’s fans are going to love her style. After the release of the poster, the audience was eagerly waiting for the trailer of the film, which is now over. The trailer of this film starring Sunny Deol and Dulquer Salmaan has been released on the occasion of Teacher’s Day. This trailer of ‘Chup: Revenge of the Artist’ has come into the limelight as soon as it is released.

Pallavi Joshi was recently seen in the most talked about film of the year, The Kashmir Files. The film had created a lot of buzz in those days. The film proved to be a blockbuster by crossing the Rs 300 crore mark. This was a film that earned such a huge amount in theaters after the Corona epidemic. Anupam Kher, Mithun Chakraborty, Pallavi Joshi and Darshan Kumar were seen in the lead roles in this film. Through this film, Vivek Agnihotri and Pallavi Joshi set a new trend of films. Recently Pallavi Joshi has talked about Boycott Bollywood.

Pallavi Joshi: ‘People’s problems are no longer visible in films’, what Pallavi Joshi said on the boycott trend

Celebrity fashion designer Rohit Verma, who was seen in the third season of television’s most controversial reality show ‘Bigg Boss’, often talks about his personal life. In ‘Bigg Boss 3’ too, Rohit had revealed the deep secrets of his life. Rohit has already admitted that his relationship has been with many Bollywood actors. Now recently once again Rohit has spoken openly on the controversies related to his life. In this interview, Rohit made many revelations in the Bollywood industry from casting couch to his childhood sexual abuse.