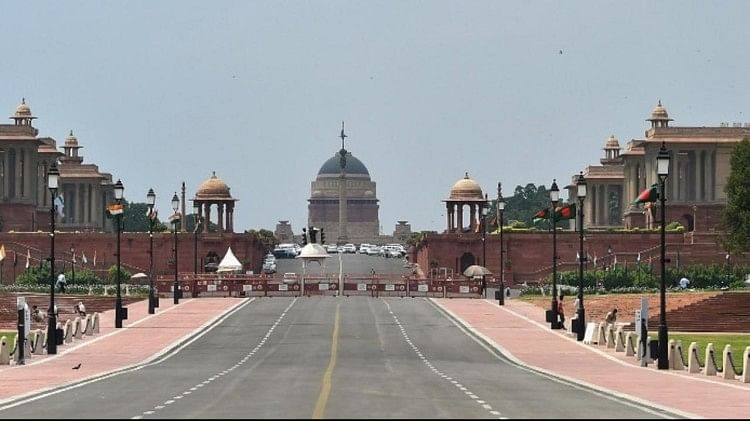 The historic Rajpath of Delhi will now be known as Duty Path. Today the New Delhi Municipal Council (NDMC) gave its approval. Now on Thursday, Prime Minister Narendra Modi will inaugurate the duty path. During this, he will also unveil the statue of Netaji Subhas Chandra Bose at India Gate.

The range of duty path starts from Rashtrapati Bhavan on Raisina Hills and passes through the streets of Vijay Chowk, India Gate, then New Delhi and ends at Red Fort. Republic Day parade is held on these streets every 26 January. Going into the history of this route of about three and a half kilometers, it was first known as Kingsway and then Rajpath.

Today we will tell you the complete story from Kingsway to Rajpath and then Duty Path. How was it named Kingsway and then changed to Rajpath-duty path? Why was it renamed? Let’s know…

Know the story of Kingsway first


Its story starts from 1911. Then King George V came to India to attend the Delhi Durbar. This was the same time when it was announced to make Delhi the capital of India (British rule) instead of Kolkata. That’s why the British named this place Kingsway in honor of King George V.

The name Kingsway was given by Percival Spear, a professor of history at St Stephen’s College. Kingsway means ‘way of the king’. Pro. Percival had named not only Kingsway, but also many streets of Delhi. It is said that the names of Akbar Road, Prithviraj Road, Shahjahan Road etc. were kept on his advice. Percival Spear taught at St. Stephen’s College from 1924–1940.

After leaving St. Stephen’s College, he became the Deputy Secretary for India Affairs of the British Government. After leaving India, he wrote many books including India, Pakistan and the West (1949), Twilight of the Mughals (1951), The History of India (1966).

Who built this road?

According to then Narayan Singh made a very strong and economical road. Then heavy stones were put under the roads, then the roads were made of sand and coal. The work of making roads in Delhi continued for about twenty years. Even today, roads are being built in urban areas around the world using bituminous (coal tar) technology. With the use of this technology, the roads become affordable and durable and also do not spread noise pollution.

Then the name changed to Rajpath

This road as Kingsway was a symbol of the royal identity of the British Empire. After independence it was renamed as Rajpath in 1955. Which in a way was the Hindi translation of Kingsway itself. After independence, Prince Edward Road was renamed as Vijay Chowk, Queen Victoria Road as Dr. Rajendra Prasad Road, ‘King George Avenue’ Road as Rajaji Marg. These important streets were named after the British monarchs.