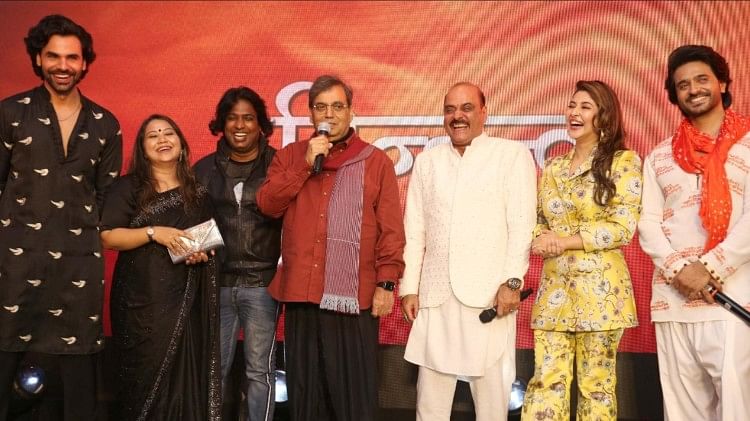 According to Sonarika found at the music launch of the film ‘Hindutva’, her character in producer-director Karan Razdan’s film ‘Hindutva’ is of an NRI. Sonarika Bhadauria says, “In this film I am playing the role of NRI Sapna, who grew up in UK. When she comes to India, she is very attracted towards Hindutva and tries to understand the importance of Hindutva. It has been shown in the film that people of all religions are mingling with each other. Our Hindutva also says the same.

Sonarika Bhadauria says, ‘If Hindutva is separated from politics, then Hindutva for me means respecting all religions. The same has been taught in our Hindu religion that along with protecting one’s own religion, one has to respect other religions as well. Let us also serve our mother and also respect the mother of others.

Sonarika is very excited as well as nervous after working in the film ‘Hindutva’. She says, ‘I couldn’t sleep the whole night thinking I was to come for the music launch. When Karan Razdan called me for this film, he narrated the title track of the film before narrating the story of the film. I loved it, it was only after listening to the title track that I decided to do the film.’

Apart from Sonarika Bhadauria, Ashish Sharma, Deepika Chikhaliya, Govind Namdev and Bhajan Samrat Anup Jalota have also played a small role in the film ‘Hindutva’, which is going to be released next month on 7 October 2022. Subhash Ghai, Satish Kaushik, Ramesh Taurani, Madhu Shree and others were present on the occasion of the music launch. On this occasion, Subhash Ghai blessed all the cast of the film and said that the film will definitely succeed in its objective.