Indore: Mall-markets Of Indore Will Be Open For 24 Hours, Orders Will Be Issued Soon 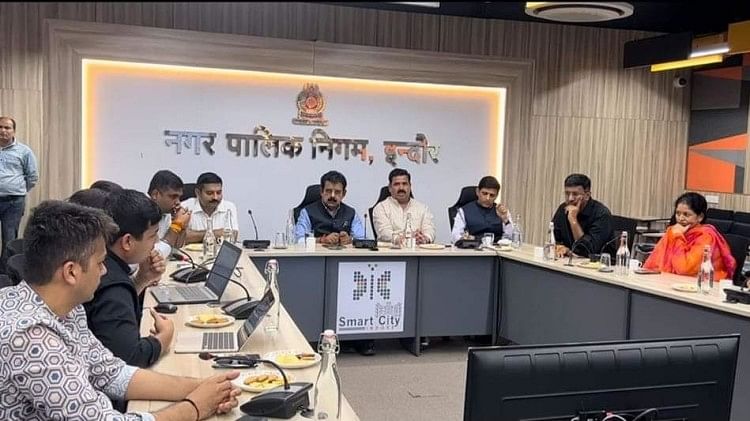 The city of dreams of Chief Minister Shivraj Singh Chouhan will soon be illuminated even at night. Many shops including malls, restaurants here will be kept open throughout the night i.e. Indore will be open 24 hours. Its decision has been taken in an important meeting today.

Let us inform that the meeting was organized on Saturday at AICTSL office in Indore. Collector Manish Singh, MP Shankar Lalwani, Mayor Pushyamitra Bhargava, Indore Development Authority President Jaipal Singh Chavda, Municipal Corporation Commissioner Pratibha Pal, Police Commissioner Harinarayanchari Mishra were present in this. Along with this, there were also some leaders of startups, who told through the presentation how one can contribute to the development by keeping the city open overnight.

Just as other metro cities remain open overnight, Indore has also been considered to be opened overnight. It has been decided in the meeting that now the market will be open on BRTS from Vijay Nagar to Bhanwarkuan even at night. This includes restaurants, food zones, salons and shopping malls. It will benefit the most from IT companies, people associated with BPO and people who are fond of traveling at night with students.

Collector Manish Singh said that in view of the development of the city, the working here should go in a 24-hour-a-day condition. This working planning will not only support IT companies, BPOs, students, but will support the economy of the entire city. CM Shivraj Singh Chouhan had given instructions to work on it. We were working on that. There has been a slight delay because of the election.

Collector Manish Singh said that today a meeting was held in the presence of MP Shankar Lalwani, Mayor Pushyamitra Bhargava, IDA President Jaipal Singh Chavda, Police Commissioner in this connection. Along with this, there were also active leaders of startup companies, who also gave presentations. It has come to the preliminary discussion that the BRTS corridor will be opened in different phases. The first BRTS corridor is being taken up. The major intersections that lie ahead will also be taken up.

Collector Manish Singh told that whatever part will be taken in this, we will also have to take care of security there. Public transport will have to be started. In the beginning, you have to regulate a little. It has also been decided which activities cannot run. All liquor shops will be closed at the scheduled time only. All the hotels which have the license of the bar. They too will be closed on time. Along with this, a committee has been formed, which will decide whether it should be closed.

MP Shankar Lalwani told Amar Ujala that keeping in mind the security of the city, he will take this decision on the ground. It was the intention of CM Sir that the city should be opened overnight. It has been decided in the meeting that all the activities from Vijay Nagar to Rajiv Gandhi Square will continue overnight. We will hold a meeting with malls, restaurant operators in a day or two, after that we will take out orders for it.

Lalwani said that gradually we will increase the area which will remain open overnight. In the first phase, the Bhanwarkuan area where most of the hostels are located and the areas of AB Road where students and late night workers will be facilitated by keeping the market open, these two areas will be included.