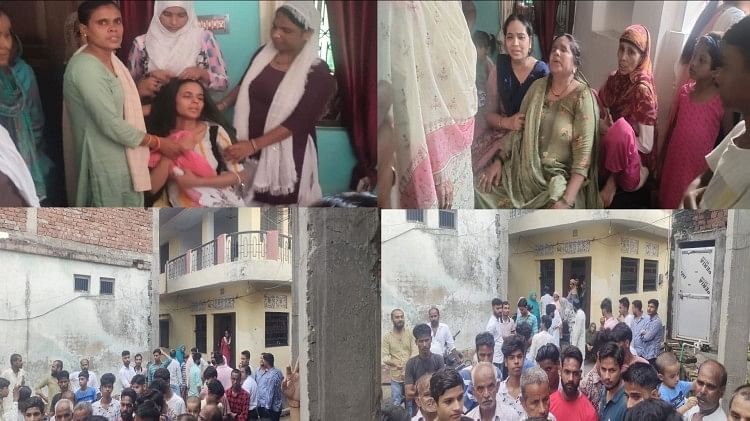 In Ghoshipurwa of Shahpur area of ​​Gorakhpur, a one-month-old girl was brutally murdered on the road in a dispute over bathing at 2 pm on Friday. It is alleged that the aunt of the relationship has carried out the incident by snatching the girl from the mother’s lap. The mother is unconscious after the incident. At the same time, Shahpur police has taken the accused aunt into custody after registering a case under the murder section. According to the information, Subi and her cousin Shahid Ali, 20-year-old daughter of Halimuddin alias Miku, resident of Ghoshipurwa of Shahpur, live in the same house. The house has been divided, but the bathroom is the same. Often there is a dispute about the first bath. Shahid works as a peon in a private company and goat rearing at home. Subi had a dispute with Shahid’s wife Tamannaah Khatoon over a bath on Friday afternoon.

It is alleged that Subi snatched her innocent child from Tamanna Khatoon’s lap during the dispute and ran away with her outside. Tamanna tried to catch the daughter, but without success.

It is alleged that as soon as he went out of the house, Subi picked up the innocent and threw him on the road, causing serious injuries. Hearing the noise, the people around also came. The girl was rushed to the medical college, where doctors declared her brought dead. The police has sent the body of the innocent for post-mortem to know the cause of death.

was born exactly one month ago

Innocent baby girl was born on 2nd August 2022. He was murdered exactly a month later. There is also outrage among the people around the incident. Everyone demanded strict action when the police arrived.

Police have registered a case against the accused and taken him into custody. the matter is being investigated. Controversy has come to the fore regarding bathing.