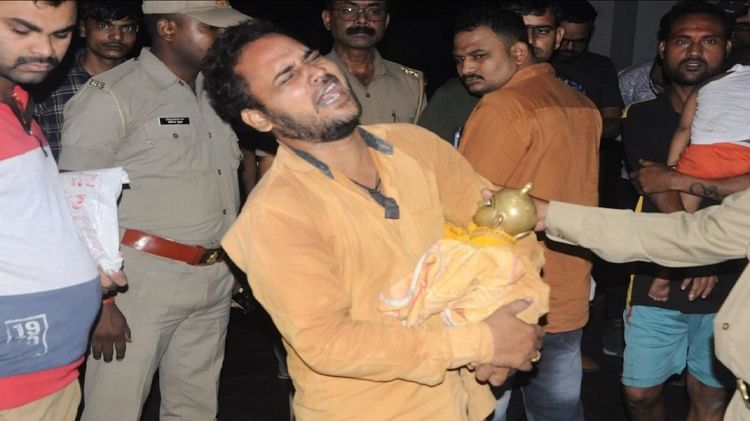 After changing the wheel of the pickup at around three o’clock in the night, everyone sat in the pickup to go to Vindhyachal temple… We shouted to the mother and were about to move forward when there was a loud bang and my eyes closed. When my eyes opened, I found myself on the road. Blood-soaked corpses of family members were scattered around. The injured were moaning in pain. The truck driver was running away from there in front of his eyes, but I could not do anything. Akash admitted in the hall told the agony of the accident. Akash is the brother of Kashak. He is broken after losing his sister.

There was chaos in Usmanpur

There was uproar in Osmanpur Colony after hearing the news of the death of Sunil and his elder sister Gudiya, sister-in-law Kashak and mother Tara. Seeing the dead body of loved ones, Sunil’s brother-in-law Akash said that my elder sister Renu’s everything is over. Neither her husband nor mother-in-law nor sister survived in the accident. What will happen to his three young children?


On Sunday, a panel of Dr. Praveen Kumar, Dr. Vineet Sonkar, Dr. Navneet Choudhary conducted the post-mortem of the bodies of the five. According to the post-mortem report, all died due to excessive bleeding due to injuries.

All have received serious head injuries. Police believe that all the occupants of the pickup fell on the road in one stroke due to the collision of the truck. Several bones of his head have been broken.

A truck rammed into a standing pickup from behind at 3 pm on Ahirwan flyover in Chakeri, Kanpur. Five people aboard the pickup died in the accident. Ten people were injured. The driver fled from the spot with the truck. The police, who reached the information of passers-by, admitted the injured to the halt.