Khalistani Terrorist Rinda Had Hatched A Conspiracy To Kill Rss And Hindu Leaders, A Plan Made In Pakistan 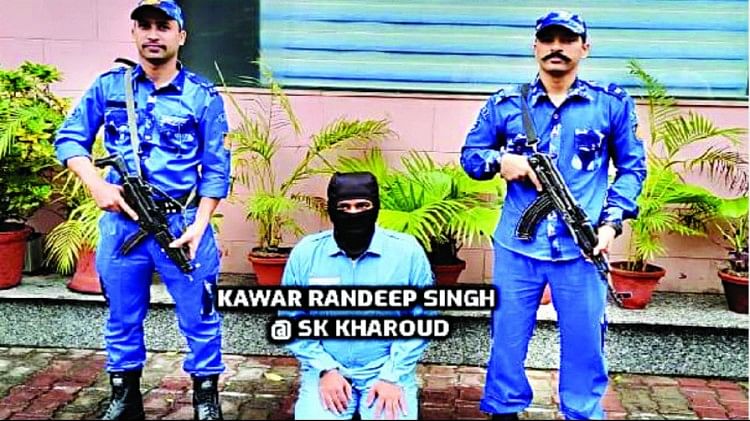 Khalistani terrorists sitting in Pakistan are plotting to kill RSS and Hindu leaders in India. Intelligence agencies and police are keeping an eye on their nefarious designs. In this episode, the Special Cell of Delhi Police has failed a big plan of ISI-backed Khalistani terrorist Harvinder Singh alias Rinda. Rinda had given the task of killing RSS and Hindu leaders to her close in India and A-category gangster from Punjab. The police have thwarted this conspiracy and arrested the gangster close to Rinda from Bareilly. The arrested accused has been identified as Cover Randeep Singh alias SK Kharaud, resident of Village Baran, Sirhind Road, Anaj Mandi, Patiala, Punjab. SAIL has recovered five modern pistols, cartridges and many mobiles and SIM cards including Chinese pistol from it. Special Commissioner of Special Cell SGS Dhaliwal said that for some time it was seen that terrorists have tied up with gangsters present in India to carry out the crime.

For this criminal-terror nexus, Deputy Commissioner of Police Manishi Chandra and a team of others started investigation. During the investigation, the team came to know that apart from the North-Indian states, Nexus is also spreading rapidly in Delhi-NCR. In this episode, on August 29, firing took place in the Nalagarh-Baddi court complex of Solan district of Himachal Pradesh.

The miscreants attacked to rescue Sunny, a sharp shooter of the Bambiha group. The police arrested four main accused in the case. Investigating this episode, the police came to know that SK Kharaud, a close aide of Khalistani terrorist Rinda, is also involved in the incident. Gagandeep alias Rahul Pandit alias Goggi, arrested in the attack, made many important revelations during interrogation. It was he who revealed the name of SK Kharaud.

SAIL’s team started collecting information about Kharud. With the help of technical surveillance and informers, it was found that SK Kharaud is present in village Khai Kheda, Bareilly, UP. Police raided Bareilly and arrested the accused on 12 September. Pistol, cartridges and other items were recovered from him.

During investigation, it was found that the accused was in constant touch with Rinda. Rinda had ordered him to work for the community. In this episode, he was about to kill Hindu leaders. Officials of the Special Cell said that apart from Punjab, a total of eight cases are registered against SK Kharaud in other states including murder, attempt to murder, robbery and other sections.