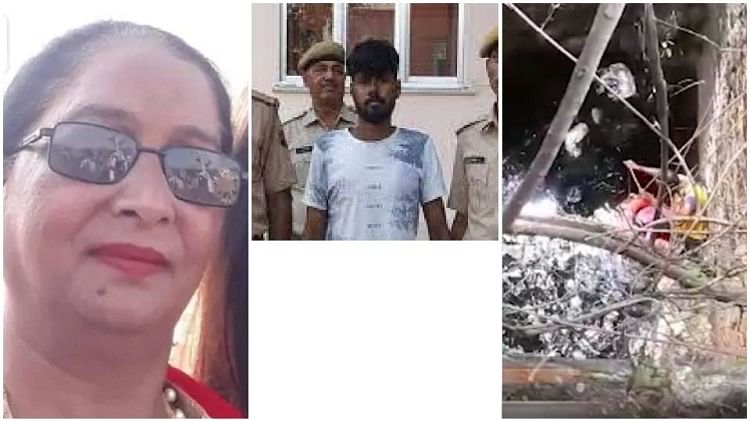 Friendship, love, conspiracy and murder… These four words have created an atmosphere of panic in Ashpura ki Baori of Nasirabad police station area of ​​Ajmer district. The panic is even greater because a minor niece along with her lover killed her own aunt. The aunt who adopted her in childhood and then gave her love like a mother. The minor niece did this only because she wanted to get married with her lover as soon as possible. Also wanted to grab aunt’s property. The police has now disclosed the murder of the woman on August 3. Let us now tell you the painful story of friendship, love, conspiracy and murder…

First of all know what is the matter?


Bela Johnson, 48, and her adopted daughter, residing in Aashpura ki Baori of Nasirabad police station area of ​​the district, have been missing since August 3. On Tuesday, Bela’s cousin Wellington gave this information to the Nasirabad Sadar police station and lodged a case. The police started investigating the matter and first reached Bela’s house.

The next day on Wednesday, the police caught the suspected accused from Nasirabad itself. The police arrested Praveen Bairwa, son of Gautam Bairwa (22), the lover of the niece of the deceased, from a flat. Along with this, the niece and 2 other minor boys were arrested. The police were also surprised to hear what the accused disclosed during the police interrogation.

The deceased prepared for the marriage of both


Police investigation revealed that the minor girl is the daughter of Zarina, elder sister of the deceased Bella Johnson. Bela had adopted him in his childhood. Since then she was living near him. Two years ago, the minor girl became friends with Gautam Bairwa (19). Both fell in love with each other and now wanted to get married. Surprisingly, Bela also agreed to their marriage, but said that she would get him married once she attains adulthood. The minor niece and her lover were not ready on this matter. Both wanted to get married as soon as possible, feeling that Bela was trying to drive them away.

Police investigation revealed that Zarina, the mother of the accused minor girl, had died. His pension is also available to a minor and he also has 15 bighas of land in his name. The lover’s eye was also on the property of his girlfriend. Because of this he was pressurizing her for marriage. Here, Bela was adamant on getting married only when she was a minor.

In such a situation, finding no way out, both of them conspired to kill Bela two months ago. For this, Bela’s niece’s lover brought her sleeping pills. The niece fed her auntie’s food by mixing sleeping pills twice, but she survived. After this, lover Gautam brought poison to his girlfriend and said that mix it with vegetables and feed it. The niece mixed poison in Bela’s vegetable as per the plan, but could not feed her that vegetable.

murder in the fourth time by going home


Bela did not die even after three attempts to murder, so the accused made a new plan. On the night of August 4, Gautam reached his girlfriend’s house with two of his minor friends. Bela was also present there during that time. Bela knew all the accused, so the five sat down and started talking.

Meanwhile, Gautam, his girlfriend and two of his friends tried to strangle Bela to death, but they could not succeed. Meanwhile, they hit him on the head with a heavy weapon, which killed him. After the murder, the four accused threw Bela’s body in a nearby stepwell and fled.