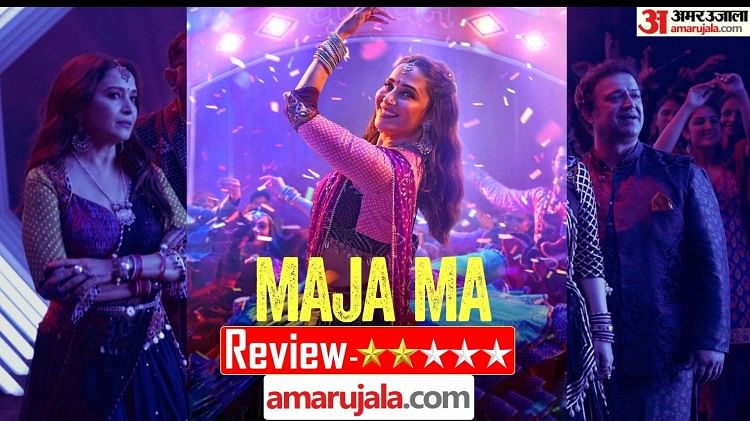 ‘Maja Ma’, in Gujarati, means that I am having fun, that is, everything is fine. In Mumbai, non-Gujarati people usually ask ‘Soo che?’ to inquire with Gujarati friends. That is, how is everything? The answer is ‘have fun’. OTTs of foreign companies want to show such stories in which the fragrance of a changing India has settled in order to reach out to the remote areas of the country. Sometimes they go south, sometimes east and north and this time their focus is on the west i.e. Gujarat and the Gujarati families settled here all over the world. The gaiety of this traditionally festive community, the colors of their customs and their family affiliations attract people. The film ‘Majja Ma’ seems to be a Gujarati film at first sight. Madhuri Dixit in a Gujarati film, what a charm a film has! But, the film is in Hindi. And, as its creators tried to universalize a core idea of ​​Gujarati background, along with it came all the restrictions that its creators embraced on OTT as well. The matter faltered here.