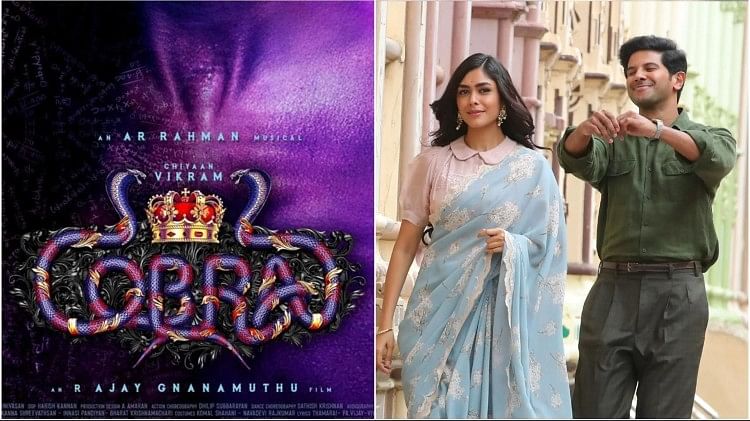 These days only South films are running at the box office. Nikhil Siddharth and Chiyan Vikram’s films, which were released a few days ago, now seem to be slowing down at the box office. On the other hand, the catch of Dhanush’s ‘Thiruchitrambalam’ is still visible in theatres. Even though the earnings of these films are decreasing, but they are collecting right from Hindi movies. Meanwhile, now the initial figures of the collection of all the films which took place on Monday have been revealed. Let us know who did how much business in the last day-

Six days have passed for Chiyan Vikram’s film Cobra in theatres. The film was released in theaters on 31 August. The opening of Cobra was strong, but from the second day itself, there was a decline in the business of the film. However, Cobra did not get much benefit from the weekend as well. According to the initial figures, the total collection of Cobra after the weekend has reached around Rs 37 crore.

Sita Ramam has also been released in Hindi after making a splash in South. However, however, the film does not seem to be getting much benefit in Hindi. While the earning of this film is still going on in the South. According to the initial figures, Sita Ramam has collected only Rs 65 lakh on Monday. The total business of this film has been Rs 56.96 crores.

Mithran Jawahar’s film, which released on 18 August, was earning a lot at the box office. But now Dhanush’s film’s earnings are seeing a decline. According to the initial figures, the total business of this film has reached around Rs 72 crores on the 19th day.

Ayan Mukerji’s dream project film Brahmastra is set to release in theaters this week. Looking at the way the best figures are coming out in advance booking, it is felt that the spectacular visuals of Brahmastra that have come out so far have worked to pull the audience. According to media reports, one lakh tickets of the film have been sold till the third day. The film’s gross collection has gone up to Rs 3 crore. Apart from this, through advance booking, the film has collected Rs 6 crore in the first weekend.