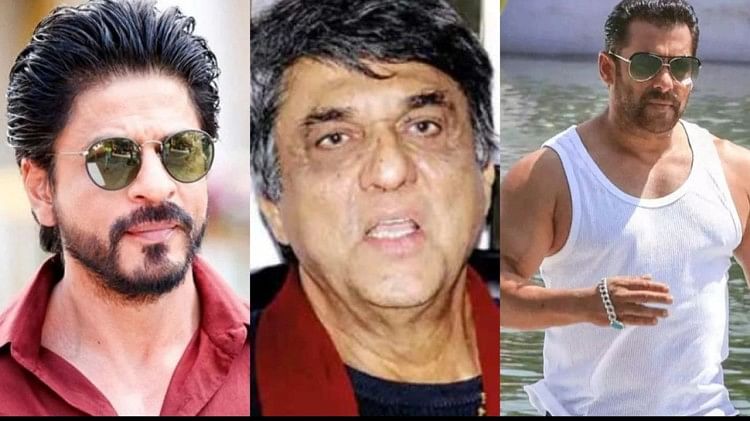 The year 2022 is proving bad for Hindi cinema. The debate between South vs Bollywood started earlier this year, with social media users calling South cinema good and trolling the Hindi film industry fiercely. After this, people started boycotting Bollywood films, due to which films like ‘Lal Singh Chaddha’ and ‘Raksha Bandhan’ were divided at the box office. At the same time, Mukesh Khanna has shared a video on this whole issue, in which he has given the reason for the films to be boycotted and also told how the actors of Hindi cinema have proved to be small in front of South.

Actually, Mukesh Khanna has shared a 15-minute video on his YouTube channel, in which he has talked on Boycott Bollywood in the first five minutes. He told that at one time there were demonstrations against films like it happened during ‘Padmavat’. But now people started boycotting as an organization. It started with ‘Lal Singh Chaddha’. Aamir Khan tried a lot to deal with it but could not do anything.

Further Mukesh Khanna said that after this Akshay Kumar’s ‘Raksha Bandhan’ was boycotted. After this came the number Taapsee Pannu, who got trolled due to her childish statement. She was openly speaking that boycott me. This was followed by a massive boycott of Karan Johar and Alia Bhatt’s ‘Brahmastra’, which also stars Ranbir Kapoor. Earlier the name of this film was Kuch Aur, now something else has been done. In this video, Mukesh Khanna also mentioned about Alia and Ranbir not getting entry in Ujjain Mahakal temple.

Mukesh Khanna further questioned in the video that this did not happen during the time of Dilip Kumar, Rajesh Khanna and Amitabh Bachchan but why is it happening today during the time of Shahrukh, Salman and Aamir? And why is this happening to the artist around him as well? Explaining the reason for all these things, the ‘Shaktimaan’ fame actor said that the image of you people matters a lot. Characters and image make you a star, but because of your pride, you tell people that if you want to see our film then watch it or else don’t watch.

Mukesh Khanna, advising Bollywood actors, described the South Industry as good and said that I had said earlier also that do not play with our religion. Earlier we were much ahead of South, they were called Regional Cinema. But now we have to learn one more thing from him along with the content. Our stars can’t even stand before the actors of South. Be it Amitabh Bachchan or our Khan. Even the stars who have come out of South cinema in today’s time also give importance to their fans. But our actors do not give time to the public.