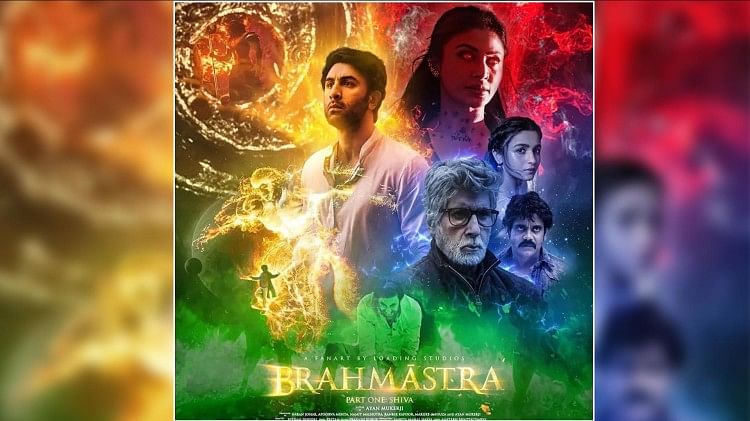 National Cinema Day has become a boon for director Ayan Mukerji’s film ‘Brahmastra Part One Shiva’, which was able to collect less than expected in the second week. To watch this film for 75 rupees, the queues of the audience are being seen in cinemas across the country since morning. By the end of the evening, the film ‘Brahmastra Part One Shiva’ had earned about Rs 12 crore according to the initial figures on the 15th day of its release. The film has also made a new record for selling the most tickets on a single day. This film did not do such a good collection even on the second Friday of its release. With a good start to the third weekend, now it seems to be doing a good business in the third week.

missed the target of the second week

Brahmastra: Ranbir Kapoor told the reason for not taking money for Brahmastra, this was revealed about Alia Bhatt’s fees

Good start to the third week

Brahmastra Box Office Week 2: 67 percent drop in earnings of Brahmastra, could not touch the figure of 250 crores


On the first day of the third week of release i.e. on the third Friday, the film ‘Brahmastra Part One Shiva’ has got the full benefit of the cheap tickets on the National Cinema Day being celebrated across the country. After the Corona transition period, the celebration of National Cinema Day started from America to invite the audience to come to the theaters. There, on September 3, all the films were shown on about 30 thousand screens of more than three thousand theaters across the country for just three dollars. Seeing this, the Multiplex Association of India also decided to celebrate it.

Brahmastra Collection Day 11: Monday’s earnings were like this after the weekend, on the 11th day Brahmastra collected so many crores


The advance booking of the film ‘Brahmastra Part One Shiva’ has been the highest on National Cinema Day. This film had sold more than 11 lakh 14 thousand tickets of this Friday only in advance booking. Nearly the same number of tickets were sold on the first two days of the film’s release. The highest number of tickets for the film ‘Brahmastra Part One Shiva’ were sold on any one day, 7 lakh 46 thousand 698 were sold on the first Sunday of its release.