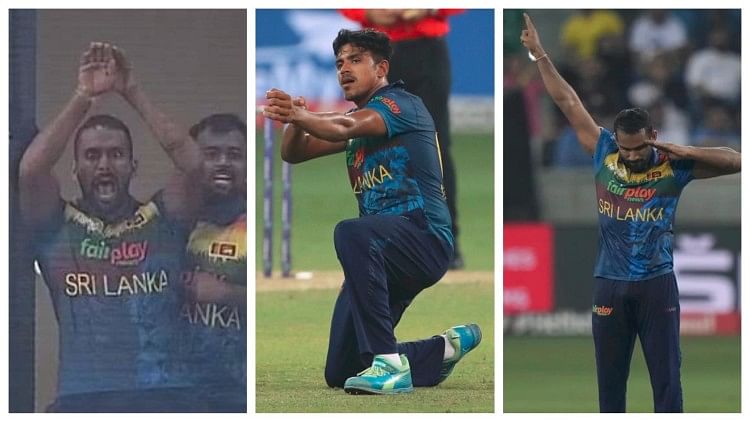 Sri Lanka won the title for the sixth time by defeating Pakistan in the final of the Asia Cup. He was successful in winning the Asia Cup for the first time since 2014. The Sri Lankan team was not considered by anyone as a contender to play the final, but it surprised everyone and made it to the final and was successful in winning the trophy as well. Throughout the tournament, Sri Lankan players were in the news due to their celebrations.

Sri Lankan players surprised everyone by celebrating in the style of shooting arrows in the final. Mahish Teekshana first took the catch of Khushdil Shah and shot the arrow. After that he did the same even after dismissing Shadab Khan. This celebration of Teekshana was also copied by Chamika Karunaratne.

Not only Teekshana but Chamika Karunaratne also surprised everyone with her celebration. After taking the wicket, he was seen hitting the salute with one hand. At the same time, he waved the other hand in the air. This is like West Indies’ left-arm fast bowler Sheldon Cottrell. Cottrell also hits a salute after taking a wicket. However, Chamika does not walk a few steps like her.

Wanindu Hasaranga, who was the hero of the final match, is also in the news due to his celebratory style. He celebrates like Neymar Jr., the famous footballer from Brazil and Paris Saint-Germain.