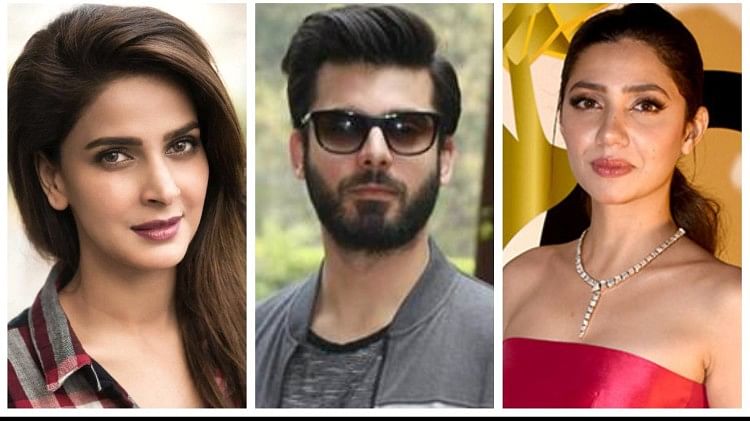 It is often said that there are no boundaries for art and artists. Nor does art have any religion. Art is a religion in itself. Perhaps this is the reason why artists from one country go to another country to earn their name. Many stars of Pakistan have also spread the magic of their acting in Bollywood. The Indian audience also welcomed them with open heart and this is the reason why these stars of the neighboring country are well recognized in India. But, these stars of Pakistan have been in a lot of discussion about their acting as well as their statements. The statements of some were such that there was a lot of controversy and uproar over them. Let’s know about those stars…

Pakistani actor Fawad Khan is well known in India. The number of his fans here is also quite good. He was last seen romancing Anushka Sharma in Bollywood’s ‘Ae Dil Hai Mushkil’. Let us tell you that after the Uri attacks, this actor found himself in the midst of a lot of controversies. Producer Karan Johar also had to face public anger because of Fawad Khan. Karan Johar was demanded to replace Fawad Khan, even threatened to stop the screening of the film. The Cinema Owners Exhibitors Association of India (COEAI) had itself decided that no film starring any Pakistani actor would be released in theatres.

Pakistani actress Mahira Khan, who made her Bollywood debut with the Bollywood film ‘Raees’, is well known in India. But she had to face a lot of criticism after a photo of Mahira Khan with Bollywood actor Ranbir Kapoor went viral. He was linked with many Bollywood A-listers. Due to the tension between the two countries, there was also a demand to replace him in the film ‘Raees’.

Pakistani star Saba Qamar made her Bollywood debut with the film ‘Hindi Medium’ opposite Irrfan Khan. His acting in this film was highly praised. But she was embroiled in controversies due to the 2015 TV snippet. Actually, Saba openly made fun of well-known Bollywood actors in a chat show.

Pakistani actress Veena Malik gave a controversial statement about the country’s Prime Minister Narendra Modi. According to reports, Veena made this statement on PM Modi’s meeting with Israel’s Prime Minister Benjamin Netanyahu. After this the actress got a lot of grit.