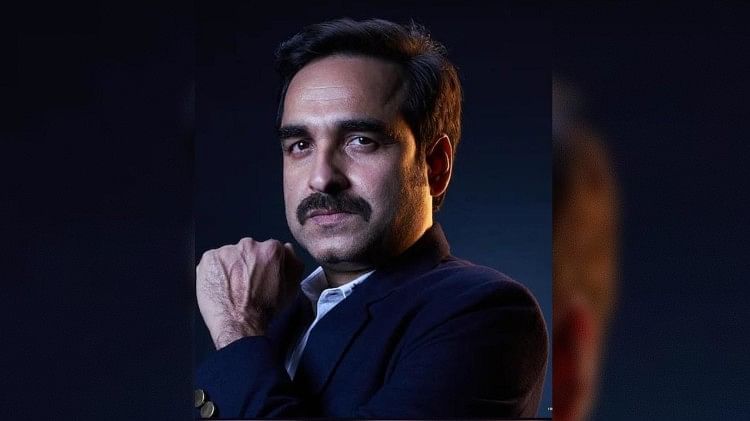 Pankaj Tripathi, one of the best actors of Bollywood, is celebrating his 46th birthday today. Pankaj Tripathi is one of those Bollywood stars who are not interested in any identity. But there was a time when no one knew him and he had to struggle a lot to fulfill his dreams in Mayanagari. Today, on the occasion of the actor’s birthday, we are going to tell you some things related to his life.

Born on 5 September 1976 in Belsand village of Gopalganj district of Bihar, Pankaj Tripathi was interested in acting since childhood. In such a situation, he started playing the role of a girl in the plays held in the village, which people liked very much. Pankaj used to do so well in drama that people used to call him a threat to Bollywood actresses. But when he grew up, he turned to theatre. His father did not give him money. In such a situation, he started working in the hotel at night to stay connected with the theater and in the morning he used to participate in the theater.

Had to go to jail during college

Pankaj Tripathi was very active in politics during college. He graduated in Hindi and was a part of ABVP, the student wing of the BJP. In such a situation, once he was taking part in some movement, due to which he had to stay in jail for a week. After this, he started his journey at the National School of Drama (NSD) and made up his mind to move to Mumbai after completing his studies in 2004.

When he came to Mumbai, he faced financial crisis.

After NSD, on 16 October 2004, Pankaj Tripathi moved to Mumbai. During that time he had 46 thousand rupees, which left only 10 thousand till 25 December. Once during an interview, the actor recalled his days of struggle and said that it was my wife Mridula’s birthday and I had neither cake money nor gifts. At the same time, when he did not do any work, his wife used to run the household expenses. Both have a daughter Ashi Tripathi.

Luck shines with ‘Gangs of Wasseypur’

After playing a small role in ‘Run’ in 2004, he appeared in small roles in many films. But his luck shone with ‘Gangs of Wasseypur’ in 2012. His character Sultan Qureshi got a lot of love from the audience in this film, after which he became recognized. After this he acted in many films and web series. Be it Kalin Bhaiya of ‘Mirzapur’ or Madhav Mishra of ‘Criminal Justice’, he won the hearts of people with his acting in every web series. At the same time, he was also dominated by becoming the Guruji of the Sacred Game. Apart from this, he has appeared in many films including ‘Luka Chuppi’, ‘Newton’, ‘Bareilly Ki Barfi’, ‘Gurgaon’.