Parents Murder Her Daughter By Throwing Her Alive In A Channal, Son Revealed Secret Of His Sister Murder, 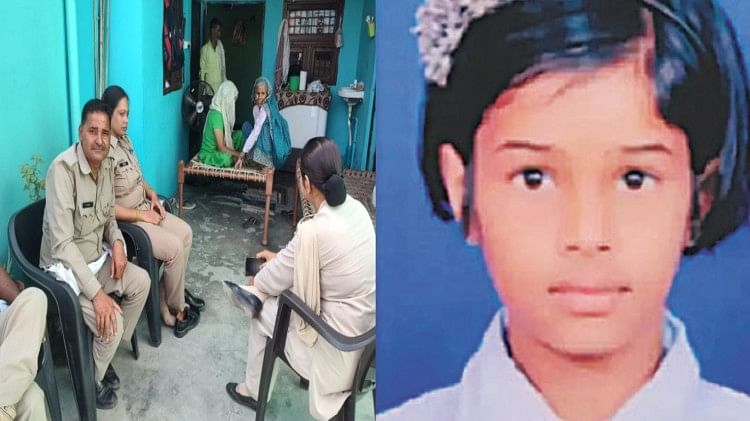 In Meerut, parents threw their 11-year-old daughter alive in a canal. The accused parents kept watching the daughter drowning in front of their eyes. After reaching the police station, they went to the police station to register a missing person. When the police investigated, such a disgusting truth came to the fore which shocked everyone. Police have arrested three accused including parents.

Collection agent Bablu and his wife Ruby, residents of JG Block, Ganganagar, Meerut, threw their 11-year-old daughter into the canal of Bhola Jhal due to suspicion on her character. He died by drowning. After committing the incident, the parents had lodged a missing complaint with the Ganganagar police station. Police have arrested the couple and one of their relatives. However, the body has not been found yet. According to the police, the parents were unhappy with Chanchal talking on the phone. He scolded the daughter, when she did not listen, she took her life. The secret of the death of 11-year-old girl Chanchal was revealed by her own six-year-old brother Aarav. After this the police arrested the accused parents. After Sunday, the girl was also searched in the canal on Monday but her body was not found. The search operation was started again on Monday.

Bablu, a resident of Sindhavali Ahir village of Baghpat, lives in Ganganagar with the family. Daughter Chanchal was a Class V student at Sharda Public School located in Ganganagar F-Block. On September 1, Bablu had lodged a missing complaint with the Ganganagar police station. The police was looking for the girl. When the police became suspicious, the parents were taken into custody and interrogated.

According to the police, when interrogated thoroughly, the couple told that the daughter often used to talk to the boys on the phone. They were outraged by this. Even after stopping several times, she did not agree, then threw her in the canal, where she died due to drowning.

SP Dehat Keshav Kumar said that on Saturday, after calling the couple to the police station, the police took their statements and there was a contradiction in them. This made the police suspicious. The police saw footage of CCTV cameras at several places. In this, Chanchal is seen going on a bike along with his parents.

The secret of the death of 11-year-old girl Chanchal was revealed by her own six-year-old brother Aarav. According to the police, he told in his statement that his parents used to beat Chanchal didi and they took him on a bike.

After registering the missing of Chanchal, the police looked at CCTV cameras at many places, but the leads could not be found. CO Sadar Dehat Poonam Sirohi reached Chanchal’s house on Saturday morning. After taking information from the parents, Chanchal Bhai took the statements of 14-year-old Vansh and six-year-old Aarav.

After interrogating Aarav, the police saw the CCTV cameras on the morning of September 1. In this, Chanchal was seen sitting on a bike with her parents. The couple told that the daughter was thrown alive. She sank before his eyes. The CO told that Bablu and his wife Ruby were changing statements frequently. First, he told the girl that the girl was missing from the house.

When Chanchal’s brother Aarav told the police about going on a bike with his parents, then Bablu told that he had gone along with his wife to get medicine for the daughter. On the way, the daughter went to the shop to get a burger. Missing since then. According to the CO, when the police inquired strictly on suspicion, the couple told that the daughter had friendship with some boys. He was afraid of slander. So he took her to the Bholajal canal. He was thrown in the canal. She sank in front of his eyes.