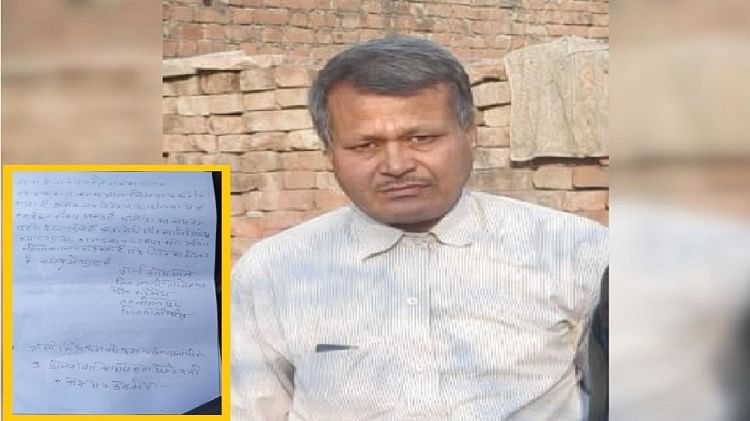 Ompal, a cyclist from Pilibhit’s Bisalpur, was so harassed that he committed suicide by consuming ten sulphas tablets. Ompal left a suicide note before he died. In the suicide note, he has written that Dabangg used to threaten to file a fake case of SC-ST Act every day. He was assaulted. The incident happened on August 30. On Tuesday, Ompal’s son Gaurav gave a complaint to the police. Gaurav, a resident of Fatehpur village of Bisalpur, told in Tahrir that his father Ompal used to do cycle repair work on twelve stones.

Near the shop there is a trolley making shop of the person resident of the accused village. He and his brother used to harass Ompal every day. Both wanted Ompal to close the shop and leave. He was threatened that he would write a case under the SC-ST Act. Earlier Ompal complained to the police but no action was taken. This increased the spirits of both the brothers.

On August 30, at 5:30 pm, both the brothers called Ompal to their shop and beat them up. Slap them. Also threatened that if I complained to the police, I would kill him again. Ompal could not tolerate this insult and consumed poison after the incident. When his condition worsened, the family took him to the hospital. Where he died on 31 August during treatment. Before he died, Ompal wrote a suicide note. On the complaint, the police got the body done for post-mortem. Also, the suicide note has been kept with him. Gaurav told that after the death of his father, he completed the tenth program. After this, on Tuesday, he went to Bisalpur Kotwali and filed a complaint. The police was informed about the incident only on August 30.

Relatives of accused in police… no hope of help

Ompal has written in the suicide note that the relatives of those who beat him are in the police. He can’t do anything. He has seen police work before. He has blamed the owner of the trolley making shop for his death. It has been said to take advantage of being from the scheduled caste. It is written that today is killed, will kill tomorrow also. Pretends to be educated, is actually a punk. It is further written in the suicide note that the police have fallen so low that they can do anything to save their relative. So I ate ten pills of ten.

statement given before death


On the information of Ompal consuming poison, light inspector Vikas Tyagi went to the hospital. Here he recorded Ompal statements. In the statements also, he accused both the brothers of bullying. The police have the footage. Despite this, the police did not take any action so far.

Ompal did not complain earlier. The suicide note is being investigated. If the allegations are found to be true in the investigation, then a report will be filed. Praveen Kumar, Inspector, Bisalpur