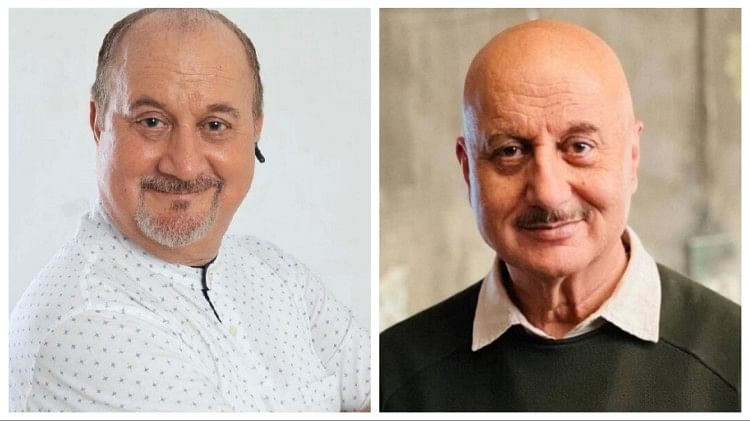 Film actor and director Raju Kher is celebrating his 65th birthday today. Let us tell you that Raju Kher is the younger brother of famous actor Anupam Kher. Raju Kher has played many great supporting characters in films. Apart from films, Raju Kher has also been a well-known name on the small screen. He has played important roles in many TV serials. Apart from this, he also directed the famous TV show ‘Sanskar’ in the year 1999. Let’s know about Raju Kher…

Raju Kher was born on 11 September 1957 in Baramulla, Kashmir. Let us tell you that Raju Kher had stepped into the film industry in the year 1998. His first film was ‘Ghulam’ in the year 1998. After this, he painted his acting in many great films. She is including ‘Shoot Out at Wadala’, ‘Delhi Belly’, ‘Jungle’, ‘Salaab’, ‘Umeed’, ‘Om Jai Jagdish’, ‘Black Home’, ‘Main Tera Hero’, ‘Bardasht’, ‘Identity’. He has done memorable roles in many films. Raju Kher also worked in many popular TV shows. He appeared in serials like ‘Jaane Bhi Do Yaaron’, ‘In front of your house’, ‘Kuldeepak’, ‘Yeh Kahan Aa Gaye Hum’, ‘Abhi toh I am young’, ‘Kahan Se Kahan Tak’, ‘Karma’, etc. have arrived. Let’s know his memorable characters…

Raju Kher played the role of Mr. Malhotra in this Ram Gopal Varma film. Raju’s role in the film was small, but very effective. Suniel Shetty, Fardeen Khan and Urmila Matondkar appeared in the lead roles in this film.