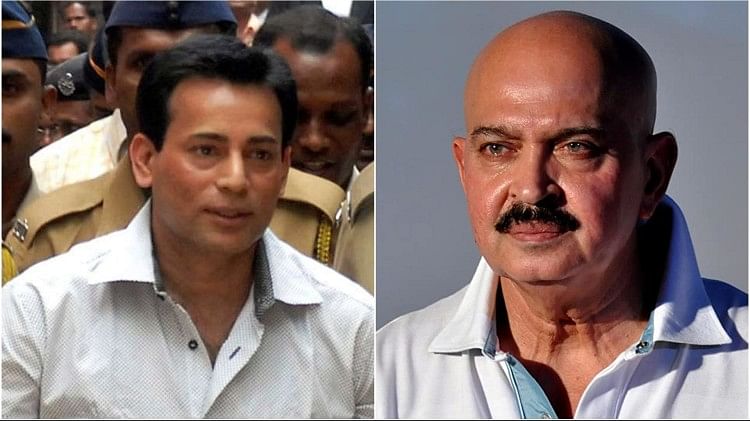 Today is the birthday of Hrithik Roshan’s father Rakesh Roshan. He has acted in more than one film. He has acted in more than one film from the 70s to the 80s, as well as directed many films. He is the son of Bollywood music director Roshan. Rakesh Roshan has directed films like ‘Koi Mil Gaya’, ‘Karan-Arjun’, ‘Krrish’ in Bollywood. Apart from this, he has won the hearts of the audience by acting in many films like ‘Seema’, ‘Man Mandir’, ‘Aankhon Aankhon Mein’, ‘Buniyaad’, ‘Jhootha Kahin Ka’, ‘Khoobsurat’, ‘Khatta Meetha’. On the special occasion of his birthday, let us introduce you to the special things related to him.

You must not have seen the hair on the head of Rakesh Roshan, who gave many superhit films. Actually he is not bald from the beginning but there is an anecdote behind it. Rakesh made his directorial debut in 1987 with the film Khudgarj. Before the release of this film, he made a vow in the temple of Tirupati that he would shave his head if the film was a hit. Khudgarj became a hit but Rakesh forgot his vow. Later his wife Pinky reminded him of this and he shaved his head.

In the early stages of his career, most of Rakesh Roshan’s films were flopping. His films ‘Jag Utha Insaan’ released in the year 1984 and ‘Bhagwan Dada’ in 1986 were badly beaten in theatres. After this he got a letter from a fan. It was written in the letter that he should name his films with the letter ‘K’, but he did not pay attention to this. His film Khudgarj was released in 1987. This movie became super hit. Then Rakesh Roshan took the letter ‘K’ as his lucky charm. After this he gave hits like ‘Kaho Na Pyaar Hai’, ‘Koi Mil Gaya’ and ‘Krrish’.

Rakesh Roshan, who gave many hits in his career, lived in the shadow of fear. Not only Rakesh Roshan but in those days almost every actor and director of Bollywood was under threat from the underworld. From Shah Rukh Khan to Gulshan Kumar, everyone used to get threatening calls from underworld gangsters Abu Salem and Chhota Shakeel demanding money. Ever since Gulshan Kumar was murdered, this fear had increased a lot.