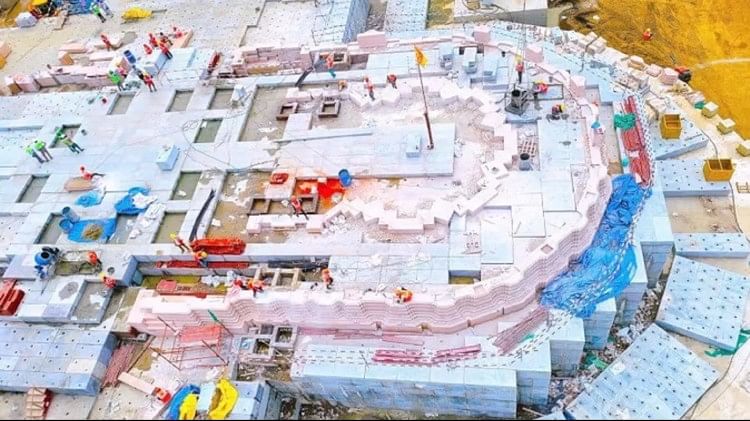 
Let us tell you that the work of the plinth to be made in seven layers is almost complete. Six layers 21 feet high have been completed. The seventh layer is being laid with the stones of Vanshi Paharpur.

Now the work of joining the pillars is ready to start. The trust has set a target to complete the construction of the sanctum sanctorum by December 2023. Dr. Anil Mishra, a member of Shri Ram Janmabhoomi Teerth Kshetra Trust, said that so far 400 stones have been laid in the sanctum sanctorum.

The Mahapeeth of the sanctum sanctorum is ready. The work of the esoteric pavilion has also reached the final stage. Now the work of shaping the dance pavilion will start. Main temple walls, pillars etc will be added as per drawing.