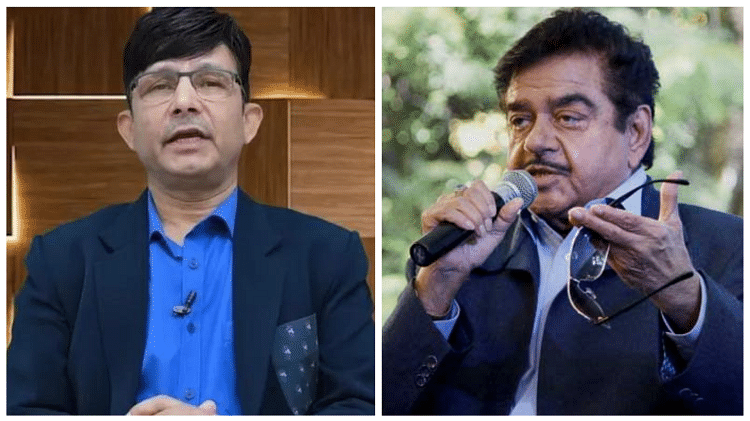 Actor Shatrughan Sinha has come out in support of Kamal R Khan aka KRK. The actor took to his social media account on Monday afternoon to make various posts saying that KRK has been a “victim of a conspiracy”, hoping that he will get justice soon. Let us inform that Kamal R Khan, popularly known as KRK, is currently in judicial custody for 14 days due to various charges.

Responding to the legal action against KRK, Shatrughan Sinha tweeted, “Kisi Kamaal Rashid Khan aka ‘KRK’ is a self-made person despite all the protests and struggles, he has the blessings of the almighty. He is the leader of the film industry. Along with this, he has also made his place in the society on his own. Appreciating KRK, the actor wrote, “His greatest asset has been his self-confidence; he is a man who speaks without fear or favour. He does not shy away from speaking his mind against all odds as he has a law/constitution. But there is a strong belief and freedom of opinion/speech”.