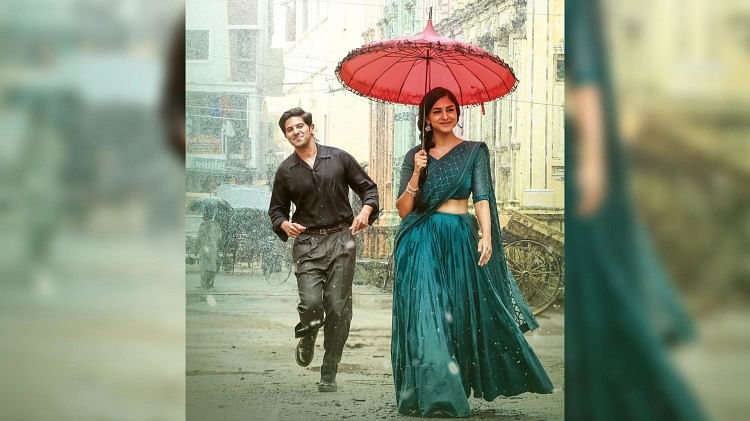 Mrunal Thakur and Dulquer Salmaan’s film ‘Sita Ramam’ has now been released in Hindi too after making a splash in South. ‘Seetha Ramam’ has been released in Hindi on September 2 after receiving good response in Tamil, Telugu and Malayalam. Directed by Hanu Raghavpudi, the film is expected to make a mark at the Hindi box office as well. At the same time, now the initial figures of the first day’s earnings of the film have also been revealed.

Mrunal Thakur made her debut in Telugu cinema with this film released on 5 August in Tamil, Telugu and Malayalam. Apart from Mrinal and Dulquer Salmaan, Rashmika Mandanna has also appeared in this film. The story of the film revolves around the love story of Sita Ramam i.e. Mrunal Thakur and Dulquer Salmaan, set in 1964. In this film, Salman is seen in the role of a soldier, while Mrinal is his girlfriend. At the same time, Rashmika has played the role of Afreen.

Sita Ramam was made at a cost of 30 crores and it has already managed to garner its budget at the box office. At the same time, now that the film has been released in Hindi, then its collection will increase even more. According to the initial figures on Friday, the film has earned around Rs 70 lakh on the first day.

At the same time, talk about the South box office, on the opening day, the film collected Rs 15 lakh in Tamil, Rs 3 lakh in Malayalam and Rs 2.4 crore in Telugu. At the same time, so far the film has been successful in earning Rs 53.63 crore. In such a situation, ‘Sita Ramam’ has had a good start in Hindi on Opening Day.