Sonali Phogat: People Paid Tribute On The Tehrvi, The Turban Of The Heritage Tied To The Daughter 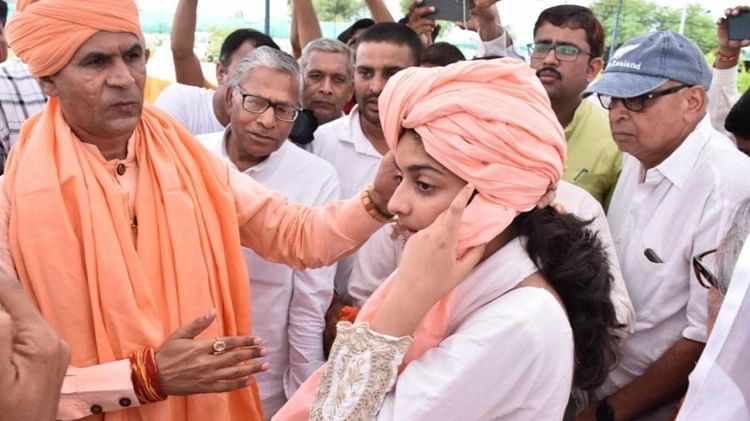 BJP leader Sonali Phogat’s thirteenth rituals were performed on her farm house on Thursday. Havan Yagya was performed at the farm house in the morning. A tribute meeting was organized at 3 pm in the afternoon. During this, a two-minute silence was observed to pay tribute to him.

When Yashodhara turns 21, the property will be in her name. They are getting the names done so that no one can get the land done in their name by fraud. The family just came to know that Sudhir Sangwan, accused in Sonali’s murder, wanted to get the farm house land on lease in his name.

Sonali’s sister-in-law flared up on the BJP’s district president Captain Bhupendra Singh, who came on the thirteenth ceremony at the farm house. During the ritual, Jethani Satyabala told him that even after 10 days had passed, the government had not started the CBI investigation. The government is making a mistake in this matter. Sonali has been murdered under the conspiracy. The face of the one who has got it done should come in front. We are not satisfied with the action of Goa Police.

Hisar. A video after the death of BJP leader Sonali Phogat in Goa is going viral. It is being told that the youth who is talking to another person in the video is accused Sukhvindra. The video appears to be from after being taken to the hospital. In the video, the young man is saying that do you have a car, he said yes, then said that his health has worsened.

Then picked them up and took them there. Oxygen was put there and said – the heart is not working. The other person is asking what time it is, then the young man said that it is seven o’clock in the morning.