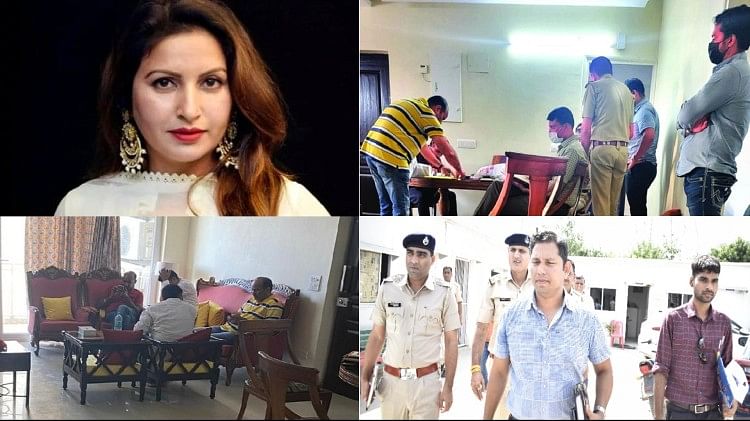 Goa Police reached Gurugram on Sunday to investigate the death of BJP leader Sonali Phogat under suspicious circumstances. On Sunday, around 02:30 pm, the Goa Police reached the Gurgaon Green Society premises located in Sector-102. During this, the police of Dhankot outpost was also present locally to help. Sonali’s family members were also present along with Goa Police and the lock of the flat was opened in front of them. On Sunday, since 11 am in Gurgaon Greens Society, the movement of people increased when it came to know that the team of Goa Police from Hisar is going to come to the society. The program for the arrival of Goa Police was being made for the last three days but the team reached on Sunday. The Goa Police team had reached Dhankot post at around 02:10 pm. After this, the police team reached the society at around 2.30 pm along with the Dhankot outpost police.

The team directly reached the flat number 901 located on the ninth floor of the fourth tower of the society. Sonali’s PA Sudhir Sangwan had taken this flat on rent three months ago.

The police opened the lock of the flat in the presence of other relatives including Sonali’s brother Rinku and brother-in-law Aman Poonia. During this, private security personnel and police were tightly guarded outside the society.

The flat was rented on June 1

Security personnel and police remained present at the gate of the fourth tower, where according to the locals, no outsider was allowed entry. It is being told that Sudhir had taken flat number 901 on rent on June 1 only and he had signed an agreement for 11 months for the flat.

The police team thoroughly searched the room for about three-four hours and collected as much evidence as possible. However, Sonali’s family members were not satisfied with the investigation by Goa Police.