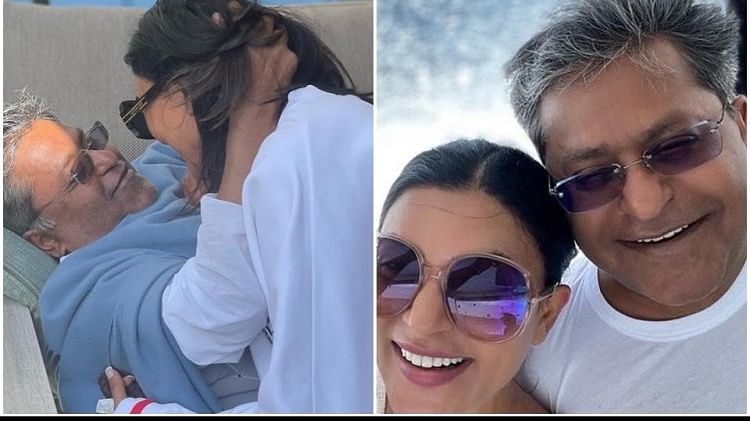 Bollywood actress Sushmita Sen and businessman Lalit Modi are once again in discussions. Actually, Lalit and Sushmita, who garnered a lot of limelight from the news of their relationship in the past, are now in discussion again about the breakup of their relationship. Recently, Lalit Modi has removed his picture with actress Sushmita from the DP of his Instagram and Twitter accounts. Not only this, he has also removed the name of the actress from the bio of both the places. In such a situation, it is now being speculated that both of them have a breaker. However, no official information has been revealed from the couple’s side about this yet. Let us know what happened in their relationship from the beginning till now.

On July 14 this year, Lalit Modi made his relationship with Sushmita public in a tweet on his official Twitter. In this tweet, he called Sush a ‘better half’, after which the news of their marriage intensified. But exactly 42 minutes after this tweet, he made it clear in another tweet that both of them are not married, but both are dating each other and will also get married one day.

As soon as the news of Sush-Lalit’s relationship came to the fore, it spread like fire. Romantic pictures of both of them started going viral on social media. Meanwhile, the brother and father of the actress said that they did not know anything about it. Not only this, seeing a picture of both of them going viral, people also speculated about their engagement. Actually, in one picture, a big diamond ring was seen in Sushmita’s hand. Seeing this ring in the hand of the actress, people started speculating about the engagement.

The actress reacted to this 21 hours after her new relationship was announced. Sharing the post, he wrote, I am in a happy place!!! Neither married… nor ring… surrounded by unconditional love!!” She further wrote, “Given enough explanations…now back to work!! Thank you for always supporting my happiness… and for those who don’t support… anyway ‘You have nothing to do with it’!!! I love you guys!!!”

Everyone was shocked by the news of Sushmita and Lalit’s relationship. In such a situation, from common people to many celebrities gave their feedback on this. Meanwhile, the reaction of the actress’s ex-boyfriend Rohman Shawl also came to the fore. Actually, amidst the announcement of Sushmita’s new relationship, Roman had shared a post, seeing that it was known that he is very sad about this revelation. Rohman had written in his post that if you get relief from laughing at someone, then laugh, because it is not you who is upset. Apart from this, many famous artists of B-town were also seen giving their views on this matter.