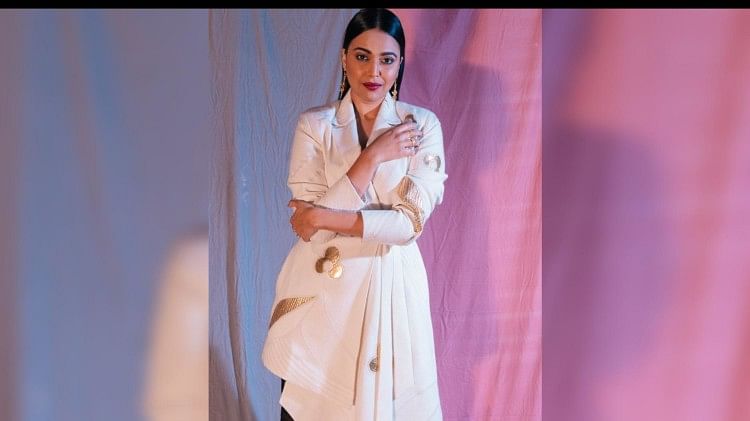 The image on social media of Swara Bhaskar is of Twitter Warrior. She speaks softly. She acts strong and if she believes herself, she is not afraid of anyone. His new film ‘Jahan Chaar Yaar’ is going to be released soon. She continues to portray her personality on screen too, but for the first time in producer Vinod Bachchan’s ‘Jahan Chaar Yaar’, she is playing a subdued type of woman. She also says about the film ‘Jahan Chaar Yaar’, which seems to be bringing back the trend of women’s friendship films, that she too is tired of playing the characters of outspoken women and this time she took this character inspired by her grandmother. has done.

Swara Bhaskar often gives her outspoken opinion on social issues, due to which she is also trolled a lot. Swara says, “So far in films I have played Dabangg type women. While ‘Anarkali Of Aarah’ and ‘Veere Di Wedding’ were domineering type characters, in ‘Nil Battey Sannata’ she was a woman of determination despite being a quiet lady. I had my mother in mind to play this character. In ‘Raanjhanaa’ there was a sudden firing character. I am called Twitter Warrior because of the image I have on Twitter. It is very important to break this image that has been created, that is why I chose the character of Shivangi in the film ‘Jahan Chaar Yaar’.

Producers are afraid to give work

All the filmmakers of Mumbai are afraid that if Swara Bhaskar is taken in the films, then the boycott of their films may not start. She says, ‘This has happened many times. People have told me that don’t be active on social media like this, your image is getting spoiled. The casting director has said that when we go to the producer, they say that we want an actress like Swara Bhaskar but I am scared to cast. I don’t feel like I have said anything irresponsible. I only talk about the Constitution and its basic ideal. But I also wonder what good has happened to those who were silent. Even Akshay Kumar is not spared by the boycott.

too much noise on social media

Speaking on the Boycott issue, Swara Bhaskar says, ‘An industry has arisen to ruin Bollywood. These tweets and trollers get the right amount. One person handles one hundred accounts in which agencies are also involved. Everyone knows this, there is nothing new in this. This is completely artificial and an attempt is being made to make noise under the conspiracy. Social media has its power. People think that all this is happening automatically on social media but it is not so. Riya Chakraborty went to jail under the pressure of social media. Social media is good too. But, making noise by targeting is becoming more and more.

There can be many reasons for the film not playing.

On the talk of films not playing in the theatre, Swara Bhaskar says, ‘There can be many reasons for not playing a film. People’s tastes are changing. People with family are scared to watch movies in the theatre. The biggest thing is that people don’t even have money right now. We are going through an economic crisis. During Kovid, many people did their work by borrowing from others. Everyone is talking about flops, but films like ‘Gangubai Kathiawadi’ and ‘Bhool Bhulaiya 2′ have become hits, no one talks about them. Movies are an important part of our life, you see without film music there is no program in our homes. Will he also be boycotted?’