Two Groups Of Students Clash For Supremacy Outside College, Car Collided On The Highway Video Viral 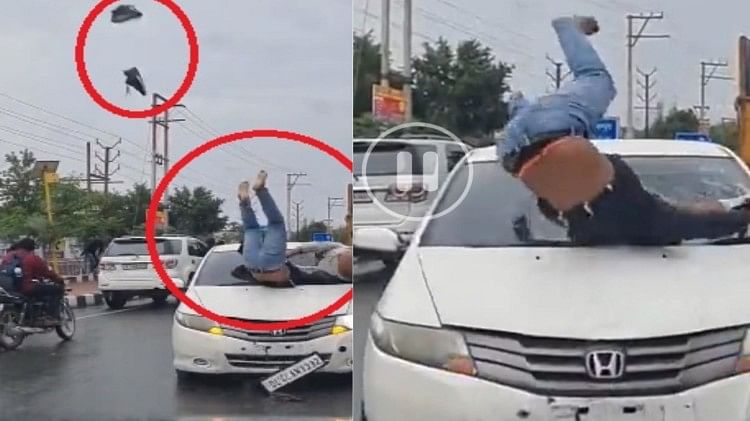 There was a fierce struggle for supremacy among students outside the Hi-Tech College located on NH-9 in Mussoorie in Ghaziabad district of Uttar Pradesh on Wednesday. In this clash between BBA and BCA students outside the college, the student of a group collided with an uncontrolled car of his colleague who came to save the student. In a film-like collision with a Honda City car, he jumped in the air and first fell on the bonnet and then on the road. When he started running away, the students of the other group caught hold of him and beat him badly. This video of public bullying and struggle went viral on social media. The police seized the car by taking the students of both the sides into custody. Police inquiry revealed that BBA 2nd year students had a dispute with BCA 1st year students for supremacy. This dispute was going on for several days.

In a panic, he hit one of his own companions. The student, who was injured in the car collision, says that he had called the people in the Honda City car for help, but the collision happened due to lack of brakes.

SP Rural Dr. Iraj Raja says that there has been a case of assault among the college students. Students from both sides have been questioned. Honda City car has been seized.

He said that six youths of both the groups have been taken into custody. There is no complaint from both the sides, they are refusing to file the case. Action will be taken after reporting to the police.