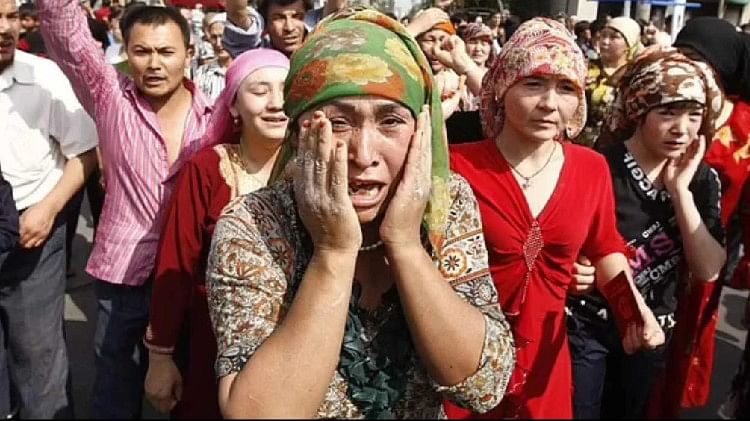 The situation of Uighur Muslims in China is worrying. Even after China’s opposition, the United Nations has issued a report regarding this. The report has come to the fore of ‘serious human rights violations’ in China’s Xinjiang province. Along with this, China has been asked to rein in it.

Earlier this has also been revealed in the reports of many human rights groups. According to these reports, more than one million Uighur Muslims are in China’s captivity. For this, China has set up a re-education camp in Xinjiang province. This is where Muslims are harassed in the name of imparting training.

What is in the UN report? When have such allegations been leveled against China before? Why are Uighurs treated like this in China? What does China have to say about this report? Let’s know…

First know who are Uighur Muslims?

The Uighur Muslims in China belong to the minority Turkic ethnic group. It is said that they originally came to China from Central and East Asia. Their population is several lakhs in Xinjiang province of China. They are comfortable speaking Turkish. Uighurs are one of the 55 minority communities in China that have been officially recognized. According to a report by human rights groups, in Xinjiang province alone, more than one million Uighur Muslims are held in detention centers where Chinese authorities treat them in an inhumane manner.


What is in the UN report?


This 45-page report of the United Nations has been released by Michelle Bachelet, the head of the Office of the United Nations High Commissioner for Human Rights (OHCHR). Michelle went on a tour of China earlier this year. Michel is the first human rights official to make such a visit to China. There was also controversy during this tour. It was said that the real and independent situation of China cannot be ascertained from the kind of conditions that China has put.

The UN team interviewed 40 Uyghur, Kazakh and Kyrgyz people during the tour. Of these, 26 were either detained in Shijiang or had worked there. The interviewees told stories of Chinese inhumanity in Shijiang. Some said that they were tied to a chair and beaten up with a stick. During interrogation, water was poured on his face. They were neither given anything to eat nor were they allowed to sleep. They were even barred from speaking in their mother tongue, even offering prayers. He was forcibly asked to sing patriotic songs. They were constantly monitored.

The UN report said that new rules have been implemented to persecute minorities. China has banned activities such as women wearing the hijab, men growing unusual beards, giving children Muslim names and closing restaurants during Ramadan. Even the use of Uyghur language is banned in public events, educational texts and slogans.


What atrocities do the Chinese commit against the Uighurs?

This is not the first time that such allegations have been leveled against China in a report. Several reports claim that women and girls are raped in the re-education camps where Uighurs are kept. According to many reports, the prisoners are also kept hungry for several days. Apart from this, prisoners are also forced to undergo sterilization.

Prisoners are beaten up with whips and kicks. They are not allowed to sleep for many days. The hungry and the thirsty are imprisoned in small bunkers. If anyone tries to run away he is immediately shot.