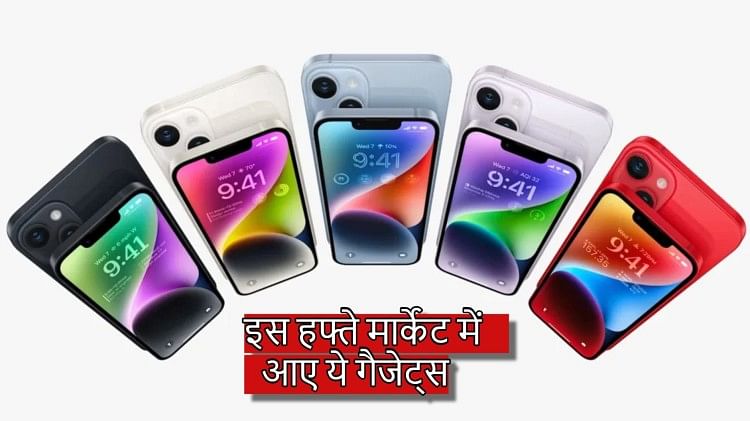 Many phones have been launched in the Indian smartphone market earlier this week. Apple has also introduced the iPhone 14 series in its biggest event of this year. Apple Watch and Earpots have also been launched with the iPhone. Along with this, Redmi has also launched its two smartphones Redmi 11 Prime 5G and Redmi A1 in India. In such a situation, if you are also considering buying new gadgets, then this report is for you. In this report, we will tell you about the major gadgets that came in the market this week and will also give information about their features. Let’s know…

Poco M5 has been launched at an initial price of Rs 12,499. The phone can be purchased in storage up to 128 GB with up to 6 GB of RAM. The phone has an Octacore MediaTek Helio G99 processor and a Full HD Plus LCD display of 6.58. Also, 5,000mAh battery and 22.5W fast charging support will be provided in the phone.

The starting price of realme C33 is Rs 8,999. realme C33 has a 6.5-inch HD Plus display. Apart from this, up to 4 GB of RAM and up to 64 GB of storage has been given in this phone. Unisoc T612 processor has been given in realme C33. The phone’s storage can be increased to 1 TB with the help of a memory card.

Redmi A1 has been introduced in three colors which are Light Blue, Classic Black and Light Green. Dual SIM card support is available in the phone. MediaTek Helio A22 processor is supported with Redmi A1, it will get the Go edition of Android 12. It has 32GB of storage with 2GB of RAM, which can be expanded up to 512GB with the help of a memory card.

Check out the review of Realme Watch 3 Pro here