World’s First Documented Case Of Being Diagnosed With Covid-19, Monkeypox, And Hiv At The Same Time 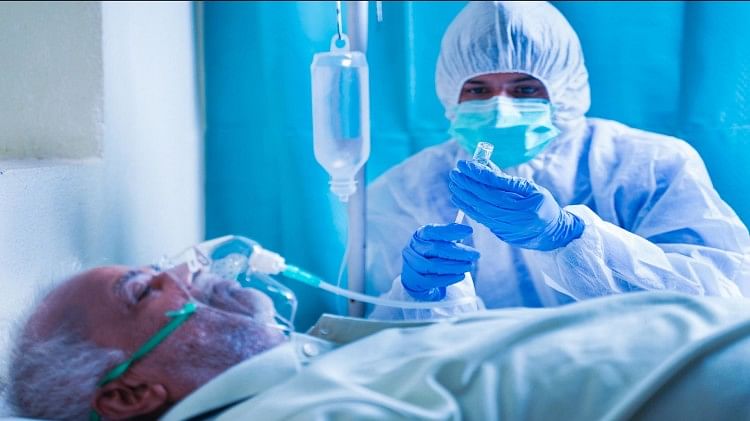 In the midst of the ongoing corona epidemic in many parts of the world for more than two and a half years, cases of many more infections have increased this year. Cases of monkeypox and tomato fever were also reported along with new variants of corona in many countries including India. Experts consider this type of infection to be of very serious complications. What if a person gets covid-19, monkeypox and any other disease simultaneously?

Recently, in one such shocking case, an Italian man has been diagnosed with COVID-19, monkeypox and HIV infection at the same time. This is the first documented case in the world in which all three infections have been observed simultaneously in a person.

Doctors say in medical reports, this is a unique case in itself where a person has been found to be a victim of three serious diseases at the same time. This has been confirmed on the basis of investigation after complaining of various symptoms in this 36-year-old youth. The infected also has a history of recent travel to several countries, as well as admitted that he had unprotected sex with many people while traveling abroad. Currently, he is admitted to the hospital, according to doctors, the symptoms of Kovid-19 and monkeypox are getting better.

In this case, the big question is, how can these three diseases affect the body together, how many serious problems it causes, let us understand this in detail.

What did the case study find?

This case description, published in the U.S., suggests that a person can have two or more infections at the same time. Researchers say, this case provides an understanding of how monkeypox and Kovid-19 symptoms may overlap. Correct diagnosis can be made on the basis of anamnestic collection. This makes it easy to know the medical history of the patient.

The special thing in this case is that out of the three diseases which have been detected in the person, one has been declared endemic and the other as pandemic. This indicates that the infection of Kovid-19 and monkeypox is continuing worldwide at this time.

First there were symptoms of corona, then monkeypox was detected

In the report of this study, researchers said that monkeypox and SARS-CoV-2 infection can happen together. The infected person first experienced symptoms such as fever, sore throat and headache nine days after returning from a trip to Spain in the last week of June. Its Kovid-19 report came positive in the investigation. The very next day he also complained of a rash on his hand. Within a few days these rash started growing all over the body. Based on symptoms and recent travel to Spain, doctors also confirmed monkeypox infection with COVID-19 in person.

Since sex is seen as a factor in monkeypox, the man in question revealed that he had unprotected sex with several men while in Spain. Even before this he had a history of unprotected sex. In further investigation, HIV infection has also been confirmed in him.

According to the report, the person has corona infection due to Omicron BA.5.1 variant. At present, the symptoms of Kovid-19 and monkeypox in the infected have been controlled to a great extent through treatment.

What do the researchers say?

Researchers say that although this is the first case of simultaneous diagnosis of three diseases, but such a problem can happen to anyone. Cases of co-infection have been seen in the past in people with low immunity. Such people may have a higher risk of getting multiple infections at once. During any type of infection in immunosuppressed people, doctors must also check for other possible risks.